A new age of Overwatch is looming on the horizon 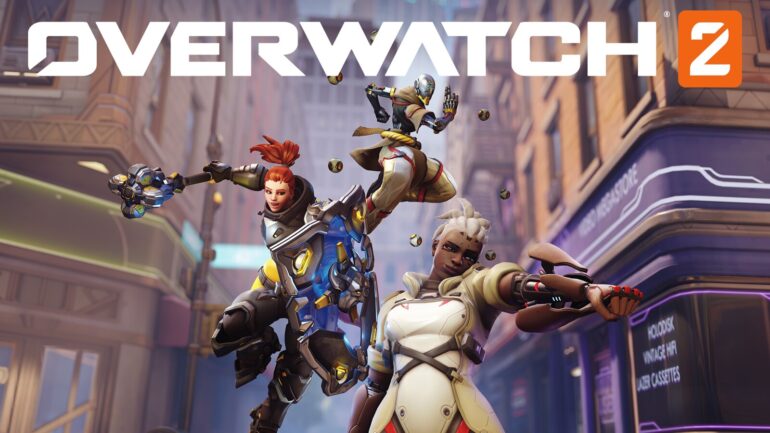 As previously announced, Overwatch 2 is releasing on October 4, 2022, as a free-to-play live experience, and here are the details about the roadmap and seasons. Additionally, the game will have seasonal updates on a regular cadence and a Battle Pass that will feature new content including new heroes, game modes, maps, cosmetics, and more!

With the transition to the new free-to-play model, Overwatch has confirmed that the sequel will not include randomized loot boxes. In their place, the game will feature a new seasonal model which is supported by elements found in many battle royale games: battle passes and an in-game store.

It is noted that in the upcoming seasons, players can only purchase cosmetic items such as gun charms and other accessories with real-world money.

On the roadmap below, you can find our short-term plans for Season One and Season Two, as well as our long-term goals to grow and develop the game into 2023 and beyond. Players can expect to see a new hero every other season, with elements like new maps and game modes in the seasons between.

Season One will feature Sojourn, Junker Queen, and an unannounced support hero, as well as the new 5v5 PvP experience, reworked heroes, new maps and modes, and more. We’re also releasing a reimagined competitive experience that was created to give players more tools to improve gameplay and feel a sense of progression in competitive play. Players will have more of an impact on individual matches with the shift to 5v5, and there will be additional systems in place to help you discern your contributions per match.

Season Two will introduce a new tank hero, map, and a collection of unique skins. We’ll also move the story forward with the release of the new PvE experience in 2023, along with more new heroes, maps, and game modes.

During the reveal event, it was also announced that the game will continue to evolve and expand with regular seasonal content rolling out every nine weeks.

With the new Battle Pass system, you’ll be able to unlock themed cosmetic items and complete weekly challenges for unique rewards. Instead of relying on Loot Box luck, you’ll be able to choose how you want to invest and progress toward new content throughout each season.

With cross-progression enabled, all of your unlocks, progression and accolades will seamlessly transfer over to whatever device you’re actively gaming on.

Overwatch, at its core, should be a living game. Overwatch stands for inclusivity, open-mindedness, and community. These pillars led to the change in Blizzard’s strategy to deliver new heroes, maps, and modes on a frequent basis because the company believes this is what’s best for the players and the game.

Along with aesthetic updates, Overwatch 2 will also launch with a reworked competitive play.

A reimagined scoreboard system will provide players with more detailed information throughout the matches as well as an after-action report once a match concludes.

Skill ratings will no longer immediately update after every game but rather wait until seven wins to assess and update. And instead of a numeric skill rating, each skill tier will contain five sub-tiers ranked from highest to lowest.

Additionally, features such as medals and fire portraits have been in the alpha and beta to further encourage cooperative play.

Players can get a head start with the Watchpoint Pack, featuring everything you need to hit the ground running on Day 1. With the purchase of the pack, you’ll get access to exclusive content such as Legendary Hero skins and Overwatch 2 player icon, as well as immediate access to the Overwatch 2 Beta launching June 28.

Overwatch 2 will operate as a live game service that brings more new maps, features, and modes to the fight in a seasonal format. Hit the ground running with the Premium Battle Pass for Season 1, which will launch alongside Overwatch 2 Early Access on October 4.

Gear up with 2000 Overwatch 2 Virtual Currency

Overwatch 2 will have a new in-game game ship experience centered around player choice. With the Watchpoint Pack, receive 2000 Virtual Currency to level up on your Battle Pass or gear up with new cosmetics for your favorite heroes.

Purchase the Watchpoint Pack before October 4 and receive an exclusive Overwatch 2 Player Icon to use at launch.

Get started on Overwatch now with Overwatch: Legendary Edition. Customize the appearance of fan-favorite Overwatch Heroes with 5 Epic and 5 Legendary skins included in the Watchpoint Pack.

Overwatch 2 PvP will enter Early Access on October 4, 2022, with the promised PvE experience coming in 2023. Most likely after season 2 of Overwatch 2.