They call it the Defense Matrix after one of D.Va's abilities. 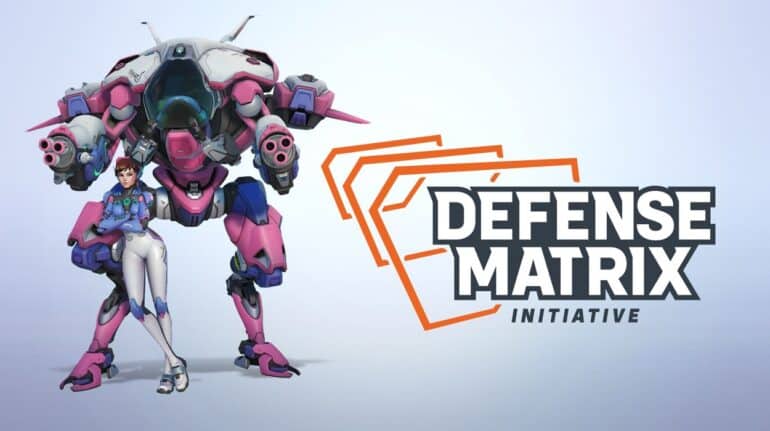 If you’re like me and are paranoid about personal privacy, you’re most likely alarmed about the announcement of Overwatch 2 recording voice chat. Considering the poor history of private companies not really caring about your privacy or sensitive data being breached, there is a real cause for concern whenever some big name like Blizzard announces that they want to intrusive in some way. On this article we’ll talk all about the Overwatch 2 recording voice chat and cover all details.

If you’ve ever seen a court reporter do their job transcribing everything everyone says, it’s essentially comparable but in a more automated sense. The process is done using voice-to-text technology with a machine algorithm checking the logs for offensive content. Blizzard affectionally calls this voice chat recording system the “Defense Matrix” after D.Va’s ability.

To be clear, Blizzard has promised that the audio file will be deleted and only the text log will remain once the transcription has been completed. If you’re afraid of being banned without notice or any actual violation because of algorithm blunder, Blizzard has stated that the algorithm is capable of telling the difference between a curse word said in excitement or using derogatory slurs to purposefully offend. Although we can’t say for sure that it’s as accurate as it sounds.

How to Enable Voice Chat Recording in Overwatch 2

Here’s how you can enable voice chat recording in Overwatch 2:

This should enable the voice chat recording for you. Note that by default this setting is turned on, but in case it’s disabled you’ll know what to do.

You’ll also be able to disable voice chat entirely by turning off the Voice Chat channels. Keep in mind that you won’t be able to communicate with your team and if you turn it on, your voice chat will be recorded.

Why Is Overwatch 2 Recording Voice Chat?

Overwatch 2 is recording voice chat in order to catch toxic players, cheaters, and disruptive individuals from ruining the game for everyone else. This will promote a more welcoming environment by kicking out unruly individuals who ruin people’s fun with toxic behavior.

On paper this sounds like a good motive, but in practice it can be a cause for concern. Even with Blizzard’s assurance that the algorithm they’re using can tell the difference between a slur and a curse word made in excitement, players may still see their accounts get banned for without even saying anything offensive. When you put a machine in charge of people’s accounts, it is bound to make to mistakes in the long run before Blizzard steps in to refine it some more.

It may take a little nothing more than your little brother in the background shouting racial slurs to purposefully get you banned from Overwatch 2 or even have some consequence for your Battle.net account in general. How would this algorithm tell the difference between who’s actually talking behind the microphone?

Thankfully this isn’t likely to be the case because even with Blizzard’s “chat review tools” you’ll still need to be reported by other players in order to be subjected to disciplinary action. Blizzard has asked players to report toxic behavior as soon as it occurs. Still the algorithm is able to decide for itself if something is just a curse word said in excitement or a slur so it can still ban you without human input from the Blizzard staff.

To address the elephant in the room, you may be wondering what happens to your transcribed text logs after Blizzard is done with assessing them. Blizzard did state that they do not store this voice chat data for long term and will be deleted no later than 30 days.

So it’s great news that Blizzard is being open about the Overwatch 2 recording voice chat practices. And even more so that we have their assurance that voice chat data will be deleted before the month is over.

However this isn’t to say that everything is perfect as Blizzard has been previously subjected to sensitive data breaches, particularly with World of Warcraft. During the debut Overwatch 2, there have been DDOS attacks which prevent players from actually getting in the game. While that’s a denial of service rather than a sensitive security breach, you might want to avoid talking about sensitive topics if you’re planning on using the Overwatch 2 voice chat.

There is no way to turn this feature off unless you forgo using the Overwatch 2 voice chat entirely. Alternatively, you can use other 3rd party software like Discord in which Blizzard has no control over if you’re worried about anyone snooping through what you say.

That’s all we know about the Overwatch 2 recording voice chat controversy. We hope you found this article to be informative. Check out our other Overwatch 2 content.

If you found the news above a bit sad, then maybe this Youtube video from Hoshizora showing Mercy’s interactions with other heroes in Overwatch 2 might bring a smile to your face.