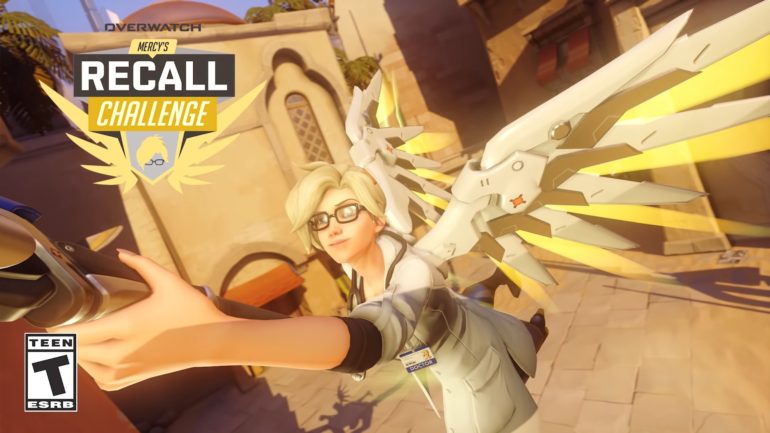 The sequel is on the way, but the original game is still getting a lot of love from the developers even if it is on a slower pace. There is a new small even that focuses on one character, Mercy, and it is called Mercy’s Recall. This event gives her a new legendary outfit, icons, and sprays for players to tinker around.

Players can earn these rewards by two methods. Some rewards like the new outfit can be earned simply by winning games. They can play in quick play, competitive, or the arcade and be rewarded with a new cosmetic in every three wins. After a nine total wins, they can get the Dr. Ziegler Mercy skin that was teased at the end of her new short story.

The whole challenge runs until Dec. 2. Players will have three weeks to collect all of those wins. They can get these rewards as well for winning games:

Other rewards can also be earned by watching other people play the game on Twitch. They only need to link their Twitch accounts with their Blizzard account and then they can get the rewards for every two hours of the game they watch and up to six hours. They can get these rewards for watching:

The game is already available on PlayStation 4, Xbox One, PC, and recently the Nintendo Switch.