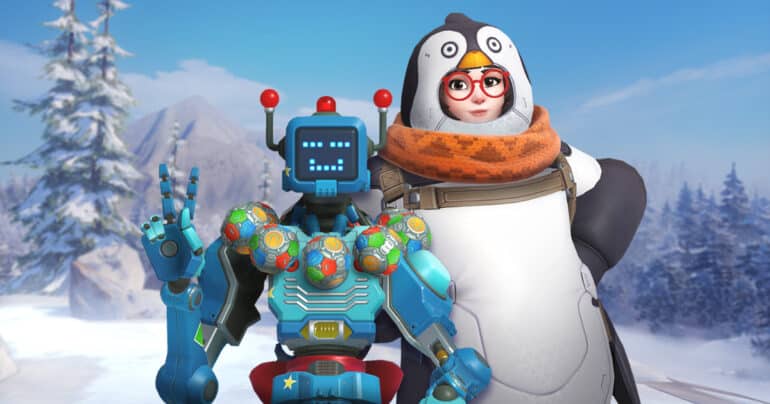 It’s time to celebrate the holidays with the Overwatch Winter Wonderland 2021 event. It’s going to come a bit later as it was delayed a bit past its expected date but it is coming soon. Learn all about the Winter Wonderland event for this year on the details below.

Overwatch Winter Wonderland 2021 will officially begin this December 16, 2021. It will last up until January 6 so you’ll have plenty of time to join in on the occasion.

Originally it was supposed to come a few days ago back in December 14, 2021. We still don’t have confirmation on what specific time it will begin but we do have a solid confirmation for the new date Overwatch Winter Wonderland 2021 event will begin.

This delay may have been due to the DDoS attack experienced by the Battle.net launcher on December 14th.

So far we’re expecting that a lot of Overwatch’s vast roster will be given new skins for to reflect the Christmas Holidays. So far only D.va has been confirmed to have a new skin.

D.va shows her holiday spirit with a new Christmas dress along with dying her hair blonde.

Orisa might also have a new skin based on the above. With the artist, Kai Chang, now working for Blizzard as pointed out by NYXL who is a graphic designer for the Overwatch League. Andy B, the Community Manager, even teased the skin for Orisa above in a forum.

Players have always received rewards based on their participation with the Winter Wonderland event in Overwatch. It’s likely that players will be able to unlock epic skins based on various time-limited challenges. Players may need to win a total of 27 games to get every epic skin for this year’s Winter Wonderland.

Of course, it’s not just skins and rewards that center around the holiday season. The Overwatch Winter Wonderland 2021 should also have new game modes that revolve around the event.

We might get the popular game modes from Winter Wonderland 2020 such as Mei’s Snowball Offensive, Yeti Hunter, Snowball Deathmatch, and etc., revived for this year.

There’s definitely a lot of reason to be excited for this year’s Winter Wonderland. We also have more Overwatch content for you to dive into should you be interested.