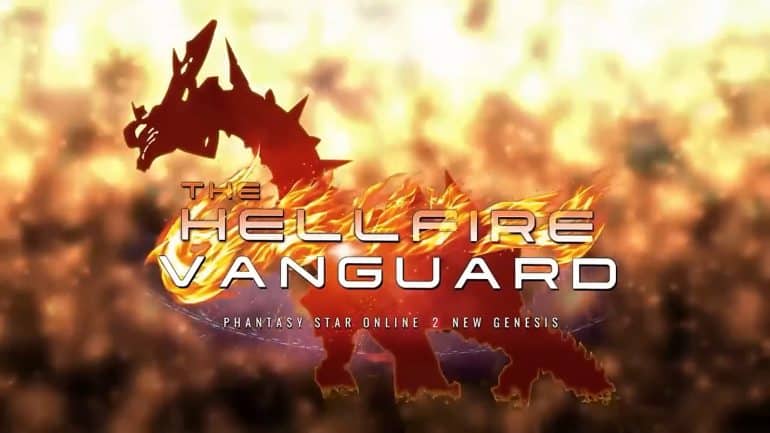 The fourth region in Phantasy Star Online 2 New Genesis, Stia’s knocking on our doors as we are getting close to the second week of December and the new expansion’s December 07, 2022 release.

The Dreisen Plant and Mediola Outer Area are advertised as the new areas to be in, possibly the new Battle Areas, giving players new arenas to keep grinding and leveling to quickly reach the level cap which is raised to Lv. 70. And even sports the new Stia Camp aside from new features such as the Recon Gigantix, Malevolent versions of standard enemies roaming the area. Based on other Gigantix, these are probably 4 levels above you, and can possibly knock you out in a few swings if not ONE or at the region’s level cap and could be a good match to take on solo for those wishing to keep raising themselves up.

The story which happens in Stia seems to have a tense start, what with the leader of Central City, Crawford appears to have some bad blood with Glen, the leader of the Stia camp and the Advance Team’s Commander, the mystery of which we will uncover as the Stia storyline moves along. Accompanying him is his Adjutant named Kanui, plus the mystery as to why there’s bad blood between Crawford, the head of Central City, and the aforementioned head of Stia Camp, Glen.

Another feature added to the Stia region is the Lava Pools which can be turned around from threat to opportunity as they drop lava bombs you could use to destroy the red blobs nearby and possibly get minerals out of, much-needed ones like the incoming Infernium to exchange for 8* weapons, the volcanic region Stia’s counterpart to Blizzardium found in the cold mountain region Kvaris, but that’s just my hypothesis. I might be either wrong or right, but it’s all good in either case.

Other incoming additions with the release of the Stia region are the Yellow and Purple Battledia which give out large amounts of EXP which can be helpful in reaching the level cap, which is stated to be a bit of a challenge to get to, even with the level count adjustments of previous updates. All classes also gain more skills to further enhance their powers, making things better for players all over the world. New courses for the Dash and Board minigames would mean more challenges for the ARKS Challenges, and more chances to earn Badges and Beta Reactors for exchangeable goods and in-game money for participating and well-ranking players.

In the 2nd half, we have the Christmas Event arriving on December 14, a full week after Stia’s release accompanied by Refined Form 9, featuring Christmas-themed remade Base PSO2 clothing and costumes, with the Reindeer outfits making a return along with the horns, remade to be separate equipment in the Salon and the 15th season of the Mission Pass which feature a new set of accessories, new colors of the Prologue trio’s clothing (Garoa, Aina and Manon).

A free ticket for Refined Form 9 allows you to pick a specific item without risking your Star Gems. Central City will see a look update to it as well as the Region MAGs, giving it a seasonally-fitting Christmas Look as well as marking Xitre’s return to the fray as the Event NPC handling the Event Points Shop and Event Quests leading to access to the Limited-Time Quest which can net you even more event points to get a lot of new items such as motion changes, minerals, Augments and the 8-star Tenebrous weapon line.

Other than the Refined Form 9 being Christmas-centric, the ARKS Cash Scratch Ticket: Frozen World ’22 features Christmas gear for everyone featuring that plus a good set of motion changes for those lucky or rich enough to gain them either from rolling or getting them in the player market. Accompanying that is the Rewind Collection 7 and Holiday Memories AC Scratches, making it a 3-Scratch Christmas Event.

Considering the Tenebrous Weapons are the Event-specific weapons, we’ll be seeing a boost for their upgrading, augmenting, and unlocking level caps and potentials as well as price and requirement cost cuts, which serves to make things easier for players running repetitive rounds of the limited-time quest or brain-dead grinding in battle areas for rare weapons or event points to clear out the event shop which will run to at least the middle of January.

Overall, these upcoming events will be quite the rush considering the arrival of New Genesis’ Episode 1 Chapter 4 and the incoming events, and by golly, I sure do wish they work on NGS to make it last as long as base Phantasy Star Online 2 did.