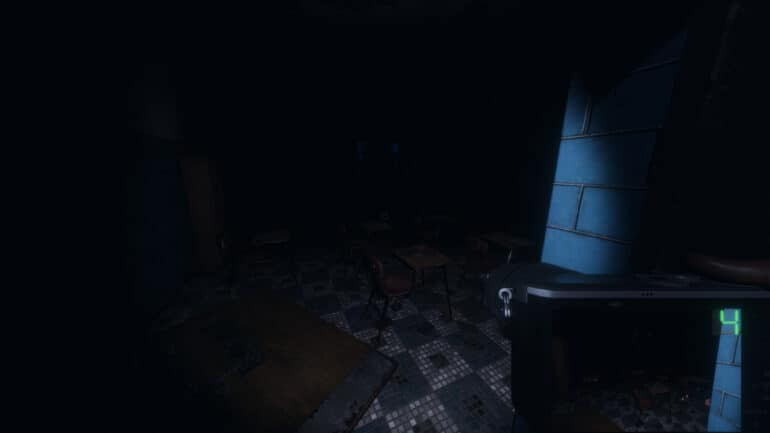 To give a bit more background, the ghost room is the place where the departed died a violent and sudden death. That’s why it’s the place where they are the most active. It’s the room that gives you a lot of information on what type of ghost you’re dealing with.

Locating the ghost room can be rather tricky as some ghosts really love to wander around. Don’t be surprised that you might make the wrong assumption every once in a few games. This is especially true in larger maps.

If you’re having trouble finding the ghost room, don’t worry. We’re here to help you figure out the location no matter the map.

Your tools are your best friends in Phasmophobia. Without them, you’ll have difficulty finding the location of the ghost room. You risk wandering around for hours by going in an area unprepared. And you don’t want that. The longer you spend time in a map, the higher the chances you’ll get attacked.

Here are the best tools you can use and what they each do:

There are other tools that can help you, such as Salt. But salt can really just track where the ghost is moving around. Ditto for motion sensors. The DOTS Projector show the silhouette of a ghost passing through areas but they’re not reliable sources. Sound sensors are a bit more helpful, but most generally place them in an area they’re confident the ghost is in.

There is one tool that can really help you make sure where the ghost room is. However it isn’t something you can buy.

My friends and I follow a particular strategy when it comes to locating the ghost room.

First, make sure at least one of you has a thermometer. If it’s a small map, then splitting up isn’t too bad of an idea. Ghosts only attack you below 50% sanity, with the exception of a Demon or Banshee. Have your team go from room to room to get temperature readings. If you can have one of your friends holding an EMF Reader, that would be helpful. Exchange information and notify your team if any place hits below 10 degrees.

Leave video cameras in the area you think the ghost is in. Go ahead and place a DOTS projector, spirit journal, salt, and etc., should you feel they’re needed. But head back to your van afterwards and observe the cameras through your computer. It would help if you leave multiple cameras facing different directions.

If you see a ghost orb, you got your ghost room. If you don’t see a ghost orb, then you can do some more investigating in the nearby rooms. There’s a chance that the ghost was wandering around and you misinterpreted the signs.

If the subsequent rooms all have normal temperature and have no ghost orb, then you’re probably dealing with a ghost that doesn’t leave ghost orbs which is good evidence in narrowing it down. Go back to the room you believe the ghost is in and try to communicate with it via the Spirit Box. It only works with the lights off and on certain conditions such as doing it alone or with friends. Some ghost don’t even bother answering it. And some do, but take a while to answer.

The higher the activity in the room, the more frequent you’ll get responses whether via spirit journal, DOTS projector, or salt.

For larger maps like the Asylum or School, you’re going to want to take a parabolic microphone with you. Get ready to dig deep because it make take a while. If you have a parabolic microphone, that could save you a bit of time as ghost interactions do make noise. Pay attention to the decimals on the parabolic as they get updated every 1-2 secs. Because of this, make sure you move it around slowly. If the ghost or another player opens a door, that will register on your mic.

A big help I can suggest, would be to ensure that you close every door after you leave. My friends and I have caught ghost rooms this way efficiently before. Ghosts can open doors slightly and even outright slam them open. If you revisit an area and you see a slightly open door that you’re sure you’ve closed, there’s a good chance that’s the ghost room.