You're gonna have to weigh your options with this one. Least the DLC's amazing. 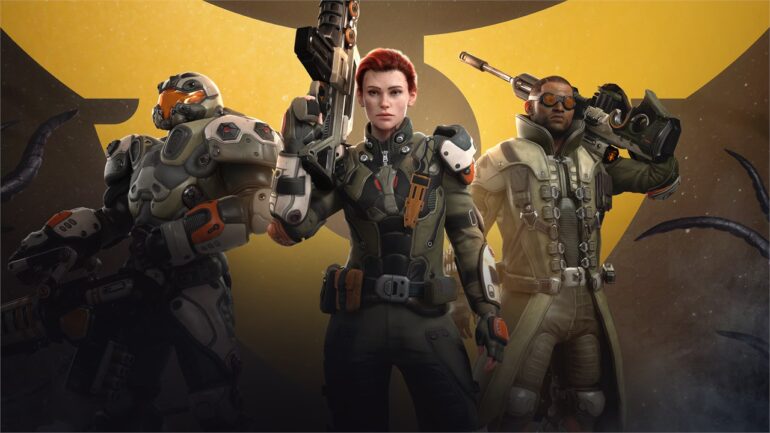 It is impossible to not draw comparisons between Phoenix Point and the X-Com series. They were both made by the same creator, after all. For me, Phoenix Point is not just some spiritual successor to X-Com. It feels like the next step in the gradual evolution of the genre. Phoenix Point is far more ambitious, daring, and even more reckless than X-Com: Enemy Within and X-Com 2. Unfortunately, the game suffers from technical and performance issues on the PlayStation 4.

The original Phoenix Point game launched on PC in late 2019. It didn’t exactly set the world on fire, despite it being designed by Julian Gollop himself. The game was unique enough to set it apart from previous games, but that doesn’t always translate to being better. Now that the game has released on PS and X-box, I was hoping that the game would greatly benefit from the patches and expansions it had gained since launch. But like the world of Phoenix Point, blind optimism is a set up for a great fall.

The story of the game starts with the outbreak of the Pandoravirus. A phenomenon that’s changed the very environment of the Earth. All forms of life were affected by it, including humans. Out of nowhere, people just started to disappear into the sea in droves. No one knows what happened to them, until they came back. Creatures of the Pandoravirus look absolutely alien to our eyes. Worse still, they are aggressive towards any other kind of life besides their own. With little effort, they managed to push civilization to full collapse. But before they could claim ownership of the Earth, they stopped.

20 years have passed and what remains of the human race now reside in domed cities. 3 factions rose up to fill in the power vacuum left by the collapse.

The Disciples of Anu, a religious super power, dedicated to adaption and biological change. They are most secretive of all the factions. New Jericho, dedicated to the preservation of human will. The faction is centered around the eccentric Tobias West. I see him as the Andrew Ryan of this world. He often speaks of self-determination, and putting humanity first. The third faction is Synedrion, dedicated to the idea that there is a different way of dealing with the virus. They are not ruled by any form of hierarchy. Instead, all the members of their society debate with each other until a consensus can be reached.

All 3 factions are aware of the current threat looming in the horizon. But widespread mistrust keeps them from working with each other for a lasting solution. That’s where the Phoenix Forces come in, they are the deciding factor that sets everything in motion. They alone can find a solution while everyone else fights over scraps.

Phoenix Point plays almost exactly like base X-Com when it comes to mechanics. Expect for the fact that we are constantly pushed forward.

Hunker down is not present in this game, so playing passively is not option. Heavy weapons soldiers have an optional jetpack that allows them to cover 20 tiles in one move, making them better scouts than assault troopers and snipers. Precision aiming removes much of the RNG associated with this kind of game. It also opens a whole new dynamic against special enemies. Half-cover and full cover have different functions as compared to solely being ‘miss factors’. In the Festering Skies DLC, we can even take control of our transport for air-to-air combat against massive sting ray-like flying monsters.

Other than that, the player is still in command of teams of soldiers as they fight together and develop fighting preferences. The biggest change that players will have to get used to is that they’ll have to scavenge most of their equipment. We no longer have the backing of a shadowy council. We’re on our own, making due with what’s available.

The Overworld map is where the player strategizes their next move. In their transport, they can go to different points of interest, scavenging supplies, and interacting with domed cities. The player determines what Phoenix stands for. They can choose the path of cooperation by helping domed cities repel enemy advances, walk a path that sees us forcibly take whatever we want, or split off entirely and explore other options that don’t rely on the other factions.

What makes Phoenix Point so impressive, for me, is the scale of the game’s scope. The politics and the different philosophies are complex. You’re constantly being asked questions that reveal who you are, and who you are most likely to ally with. The mission types are as varied as the enemy types present in the game. You can go into this dozens of hours in, and the Pandoravirus will still produce new horrors to face. The constant arms race sees us replacing weapons faster than we can produce them. Tactics need to constantly change on the fly in response to a new mutation, or shifting objectives.

It feels like the game always has something new to show. And this is a definite bright spot considering events occur in rough time estimates instead of a set period time. For Phoenix Point: Behemoth Edition, its DLC consists of Living Weapons, Blood and Titanium, Legacy of the Ancients, Festering Skies, and Corrupted Horizons. There are dozens upon dozens of hours worth of content you can add on top of the base game.

At first, I wasn’t too keen on the game’s visuals. It looked kind of bland and uninspired. But once the game opens up, we see all sorts of maps, armors, and weapons. I can really say that the game isn’t lacking when it comes to visual styles. Though I wish I can say the same about the audio. The music’s always been an afterthought in X-Com games, and this one’s no different. Probably because of quickly situations change. You won’t find much down time here.

When it comes to talking about the game’s negatives, it has less to do with design flaws, and more to do with technical issues. For starters, the loading screens takes quite a while. It also randomly crashes during load screens, particularly after missions. It’s frustrating as I could be nearing the end of a mission, unknowingly shoot the last enemy, and find myself staring at the crash report screen. Believe me, it’s happened more than once. Audio cuts in and out seemingly at random as well. I don’t know what triggers it exactly. This is a game that skips frames just before anything dies on screen. Skipping frames is the most prevalent issue the game currently has.

Apart from the glitch that locked out the majority of my input commands, the game is playable. If you plan ahead, save scumming as you go, you can minimize much of the annoyances. There might not be a fix for stupid AI pathfinding, but at least I can count that to my advantage.

Phoenix Point: Behemoth Edition is a very good game, objectively. It is an absolute treat for seasoned veterans, and there is enough intrigue here that’ll satisfy new comers to the genre. The game has plenty of content and a story of survival with plenty of moments of self-doubt and revelations. But the game itself doesn’t run well on PS4. And that’s unfortunate. Only time will tell if patches can improve on the experience.

I recommend this game as a fan of X-Com games. If it weren’t for the content included in the Behemoth Edition, I wouldn’t recommend it on console. But if you have the patience to deal its ‘quirks’, this one’s a fitting addition to your collection. 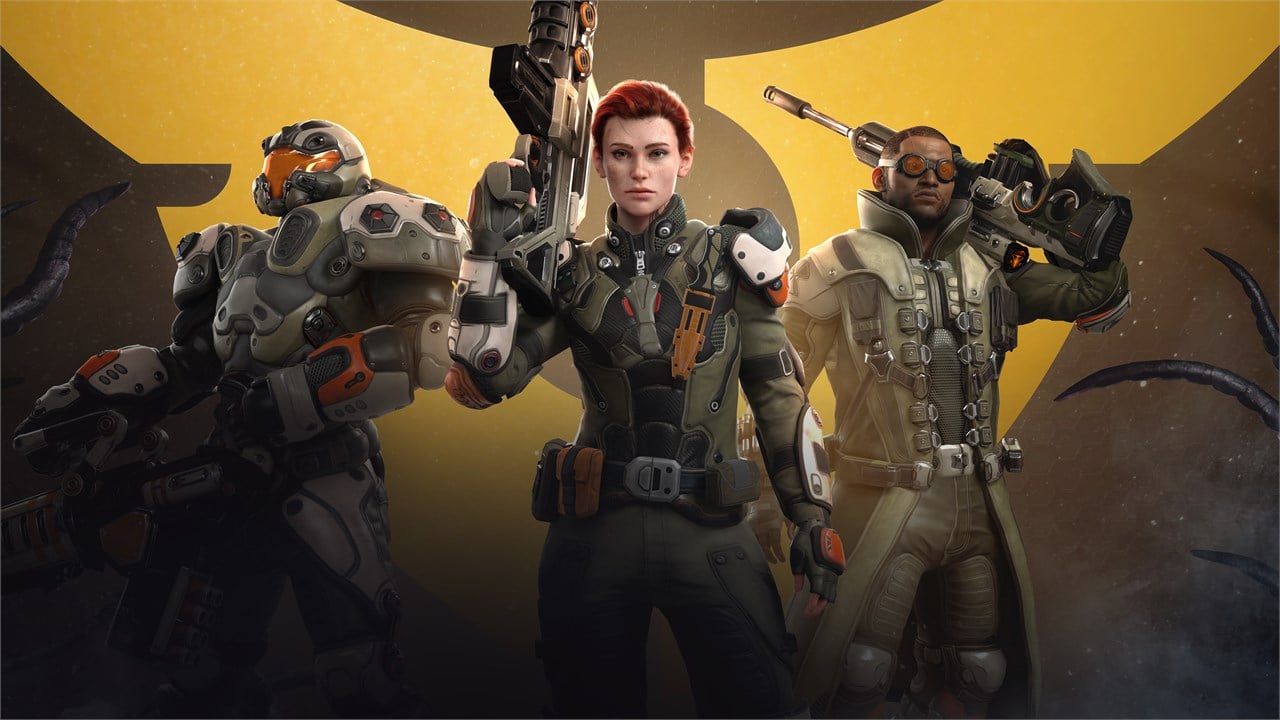 Phoenix Point: Behemoth Edition – Review
Score Definition
We tell you, it’s a good game! It’s not average! It might have some problems here and there, but you have to admit it is a “Good” game.
Pros
Precision aiming ups the stakes in combat
Grand world strategy keeps you on edge
Dozens of enemy types to fight
Diverse range of mission types and map layouts
Every player actions affect all factions
Cons
Random loading screen crashes
Performance issues on the PS4
Random glitches that forces players to restart the application
7.5
Good