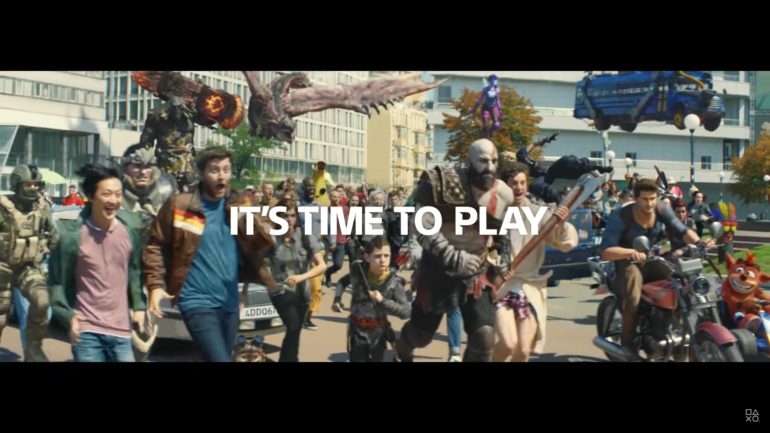 The new trailer is dubbed It’s Time to Play and features a lot of popular titles that many PS4 owners love to play. It is a mix of reality and 3D model characters running around the real world wreaking havoc and destruction, but also mixing in nostalgia and fun in it.

Check out the fun-filled trailer here: