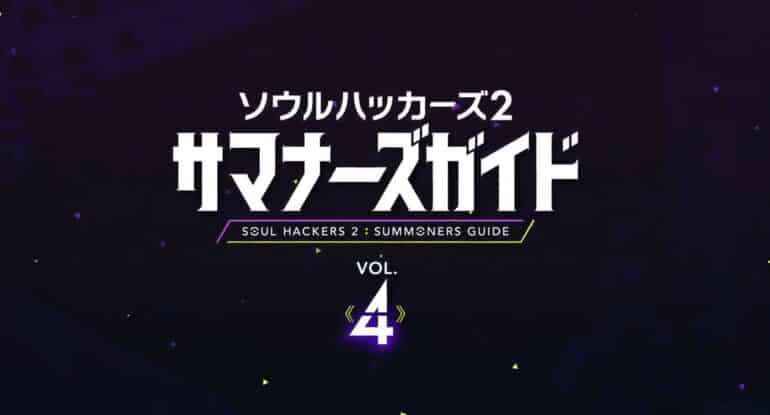 A new Soul Hackers 2 Summoner’s Guide trailer was recently uploaded on the Youtube Channel of JP ATLUS. This time the trailer focuses on not only a recap bio recap of Ringo and Figue but also a full summary of how to make party members stronger through bonding, strengthening COMPs, and more.

In the previous character trailer of Ringo and Figue, they are the main characters of the game that will be given a goal to prevent the apocalypse from happening. Ringo is a very well-versed and curious person who is really skillful in using a gun and a sword. While Figue is a very smart and thoughtful person who will be on the sidelines supporting Ringo and the rest of the crew in their journey.

In Soul Hackers 2, there is a place called the Mansei Realm Facility COMP SMITH. There in that shop, players can use their acquired materials and modify their COMP abilities. Run by the store owner, Tara, newly made modifications will be applied to make them more useful in the coming battles such as increasing attacks or reducing MP costs. New Commander skills will be available as well for Ringo exclusively. Freely customize and enhance Ringo’s COMP skills suited to one’s playstyle.

Accessories can be bought for each character in a store called Zafiro. These accessories can not only boost defensive capabilities but also can modify stats such as evasion, accuracy, and more.

Bar Heidrun is another location that fans can visit in the game where Ringo and her allies can spend time together. Unlock special interactions with your allies and converse with them through a special sub storyline called Hangout Events. Engage in these activities to strengthen your bonds called Soul Level where the bond levels of each of your allies grow stronger and new skills are unlocked when doing so.