A Yakuza game, skating game, and a game about nightmares! 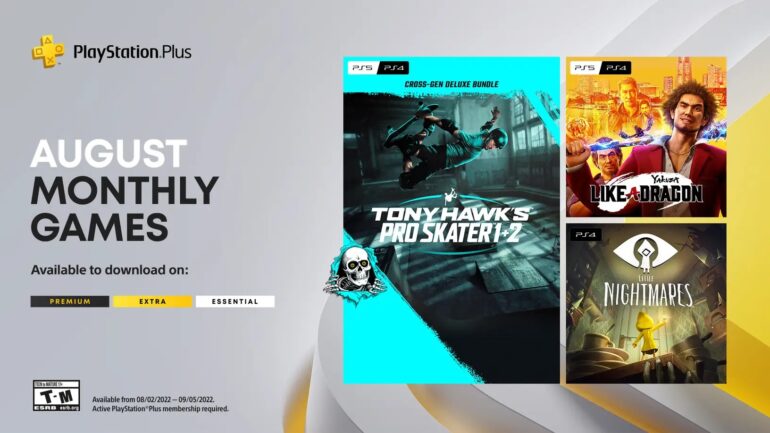 Three new titles will be joining PlayStation Plus free games August 2022 for PS Plus which include a Yakuza game, a game about nightmares, and skateboards. These are titles that were added a few years ago, which are Yakuza Life a Dragon, Tony Hawk’s Pro Skater 1+2, and Little Nightmares. All titles will be available starting August 2, 2022.

The game will be available for PS4 and PS5, which is also a sequel of the last Yakuza game Kazuma Kiryu was in. Ichiban Kasuga is the new protagonist now and is trying to uncover the truth behind his family’s betrayal while exploring and fighting your way across a modern-day Japanese city.

Little Nightmares will be available on PS4. The original entry of the series where it tells the dark tale of Six who is trying to escape The Maw. The Maw is a vast, mysterious vessel inhabited by corrupted souls looking for the next meal.

This will be the last chance to download July 2022 PlayStation Plus Games, which are Crash Bandicoot 4: It’s About Time, Man of Medan, and Arcadegeddon.