Ramanas Park will open at launch! 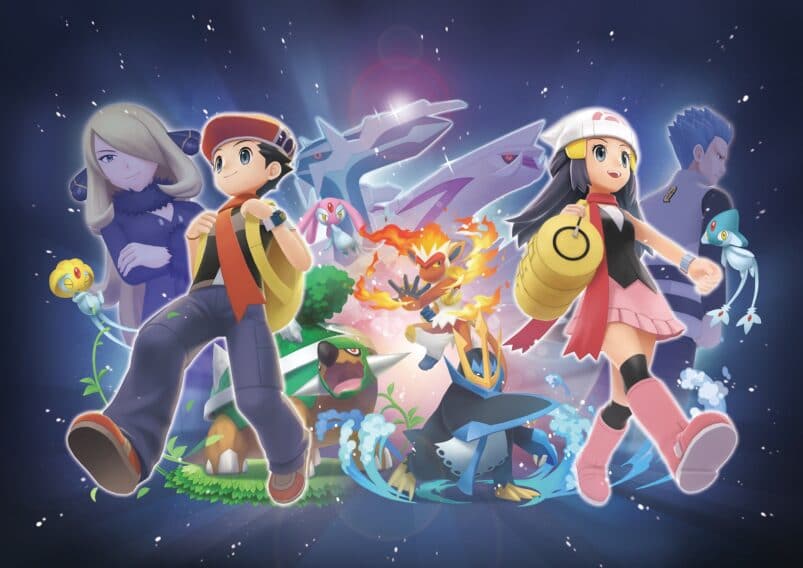 Players will be able to encounter Legendary and Mythical Pokemon in the upcoming titles with this new addition. This exclusive feature of Brilliant Diamond and Shining Pearl is called the Ramanas Park where players can visit after they have entered the Hall of Fame. When they enter it, they will encounter caves that are all over throughout the park and inside them are filled with mysterious atmosphere.

Inside these large cave rooms are pedestals and it is said that if players insert a certain slate into those corresponding pedestal, they can summon a Legendary Pokemon. No details yet on how they can obtain those mysterious slates, so they will have to research and explore the Sinnoh region to find one.

These Legendary Pokemon can only be encountered in one game version or the other. They can still get them on their team by other methods like trading with other players. Brilliant Diamond players can encounter Raikou, Entei, Suicune, and Ho-Oh while Shining Pearl players can encounter Articuno, Zapdos, Moltres, and Lugia.

There will be a software update version 1.1.0 this coming November 11, 2021, which is ahead of the games’ launch. This will enable communication features in the Grand Underground and Super Contest Shows, add special items via Mystery Gift, and visit Ramanas Park after entering Hall of Fame.

Having play records of the following games, Pokemon Sword and Shield, and Pokemon Let’s Go, Pikachu! And Pokemon Let’s Go, Eevee will add a Mythical Pokemon to their team. For those who have the Sword or Shield playthrough, they can speak to a gentleman in the flower field located on the southwest end of Floaroma Town. They can get the Mythical Pokemon Jirachi as a companion.

Players who have the Let’s Go, Pikachu! Or Let’s Go Eevee play records can speak to a madame in the flower field located on the southwest end of Floaroma Town. They can get the Mythical Pokemon Mew as a companion.