What leaked info have been confirmed by the latest teaser? 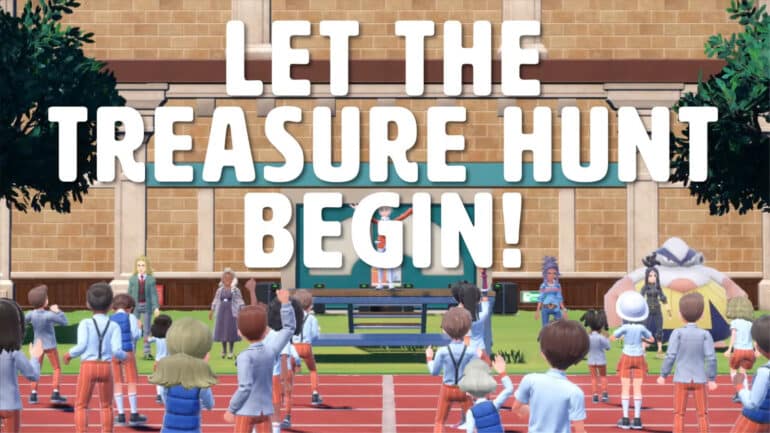 We’re just a few months away from the release of Pokémon Scarlet and Violet, and as expected, more and more info about the game are coming up as leaks from left and right. The most recent Pokémon Presents for August showed a couple more details that we can expect to see in the game.

The ones that we are most intrigued about are the new stuff, not only because they’re new and interesting, but they have also pretty much confirmed most of the leaks that have been circulating in the past month.

We’ve been following a couple of Twitter users who have been leaking supposed legit info about the game, but as leaks, it’s just right to take them with a grain of salt. One particular user who most people just call as “Kaka” or “Mr.K” seems to have given a lot of credible leaks so far, most of which have just been confirmed in one way or another, and we’re going to take a look at more of the other possibly legit info that they shared.

We’ve seen two new Pokémon introduced from the recent Pokémon Presents, including the new Paldean Wooper. These Pokémon were Cetitan, the icy land whale, and Fidough, the bread doggo.

Now, there have been a lot more Pokémon that were leaked as just vague descriptions, such as the dolphin Pokémon and some dog Pokémon that is part of three separate sets of dog lines.

Cetitan looks more like a whale than a dolphin, plus it’s already officially tagged as the Terra Whale Pokémon. One could argue that both animals are under the same Cetacea infraorder, but it still looks like a bit of a stretch. It’s still possible that it has an evo or pre-evo that resembles a dolphin, and we’ve had crazier evolution lines than this one. I’m looking at you both, Remoraid and Octillery. Still, Cetitan does fit in with one of the vaguely described 2-stage Icicle Pokemon, and we’ll be disappointed if Cetitan will not have an evolution that could compete with Wailord’s size.

As for Fidough, there’s nothing much about it, but it does kind of support another detail that there will be three separate dog lines in Scarlet and Violet. One of these dog lines is hinted as a Ghost Dog, and all dog lines have at least a 2-stage evolution.

As for the starter evolutions, the leaks have also given some descriptions on what they would look like and what their themes will be.

We’ve seen Paldean Wooper in the teaser and based on the leaks, it’s rumored to have an evolution. It is not certain that it’s a Paldean Quagsire or if it’s a split evo.

There’s also rumors that there will be a Paldean Tauros which has a darker coat than the common Tauros. Aside from these two new regional forms, it seems that there won’t be any other Paldean forms in the game.

Some existing Pokémon are rumored to be getting new evolutions, such as Murkrow (split), Dunsparce, Primeape, Girafarig, and Bisharp.

Time is one of the main themes of Scarlet and Violet, and it also extends to Pokémon as some of them will have Ancient and Future variants. This may already be the case between Koraidon and Miraidon being just the ancient and future form of each other, possibly hinting that there may also be a present form.

Another detail of these ancient and future variants is that they are their own Pokémon and they do not evolve or devolve to the known present ones.

Future variants seem to get “Iron” as a tagging added before their names, though the Japanese term “tetsu” may not necessarily translate to just iron. These include:

Some Pokémon get both ancient and future variants, such as Volcarona. Some other legendaries and pseudo-legendaries are rumored to get variants as well, such as Salamence and Tyranitar.

It was also hinted that some Hisuian variants from Legends Arceus might show up in Scarlet and Violet. No specific details yet on who to expect.

Other new Pokémon descriptions and hints are as follows:

Aside from the Pokémon, there have also been details leaked some weeks ago referring to the protagonist and NPCs in the game.

The leaks only described a girl with red and blue hair, which exactly fits Penny’s description. The official page for Penny doesn’t say anything about her rival status to the protagonist, so we’ll have to wait for a better confirmation about this matter.

Some of the gym leaders’ images were already leaked around a month ago, but the recent teaser has confirmed that those screenshots were legit. Along with this, though this information was shared separately, the gym leaders have secondary jobs, such as a skier and a streamer.

Not much as been shared prior about the Elite Four trainers other than they use Pokémon that have types that do not overlap with any of the gym leaders’. If it is true, then it probably just refers to the dominant types of some dual-type Pokémon.

The champion’s gender will very depending on the version of the game, but it’s not specified which version has which gender.

Other Leaked Details about Scarlet and Violet’s Gameplay

There are some more details that have been shared by the leakers amongst all of those that have been mentioned so far, but we’ll just list down the prominent ones.

Supporting Details for the Leak

The Terastal Phenomenon was one of the major supporting evidences that give credence to the details that were mentioned along with it. It was revealed with the snapshot of what seems to be a flower Pokémon encased in crystal with a skull on top of it. It is basically the new gimmick for Scarlet and Violet, similar to the Mega Forms and the Dynamax/Gigantamax Forms.

As of now, some of these leaks might still be just made up. Until we get the game ourselves or get more info from the official Pokémon pages, then is safe to still take these as rumors.