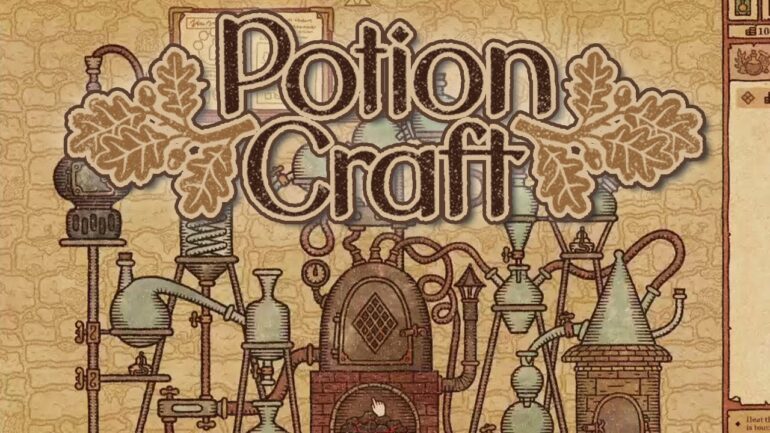 Publisher tinyBuild and developer niceplay games have recently announced that their alchemy sim, Alchemist Simulator, will be leaving Steam Early Access in the third quarter of this year.

You can watch the Early Access Update Preview that tinyBuild has recently released.

With hundreds of thousands of copies sold already, and a 93% positive user rating on Steam, players of this mystical Medieval mercantile sim have fallen in love at first sip. Soon, everyone will be able to chug the rest of this heady concoction.

In Potion Craft Alchemist Simulator, players take on the role of town alchemist in a Medieval fantasy world. Harvest from your enchanted garden, gather ingredients and reagents, then learn their mystical properties through trial, error, and study. Use your knowledge to make a fortune as you listen to the locals and discover exactly what kind of brews, potions, tinctures, and poisons are in high demand. Brew up something special and haggle your way to fame and profit! It’ll have to do until you figure out how to turn lead into gold.

Knowledge is as much an alchemist’s trade as potioncraft. Listen to your customers and find out what they really need in their lives. What they ask for might not be what’s best for them. A truly masterful alchemist is as much a judge of character as anything. There are secrets to be uncovered from mushrooms and townsfolk alike.

Potion-making is a surprisingly physical process too. Fill your mortar with leaves, mushrooms, or crystals, then manually use the pestle to pound and grind them into the right consistency. Transfer your raw ingredients to the cauldron, tend to the fire under it with the bellows, and stir until you’ve got something truly magical ready to serve. There’s plenty more to alchemy to learn as your collection of tools and processing devices grows. Your mastery of them will lead you to new knowledge and further fortune.

Potion Craft Alchemist Simulator is available now on Steam Early Access, with a GOG version to launch when the game fully releases. The full game releases this third quarter, bringing the final experience to new audiences worldwide. For more information about the game, check out the game’s official website.