Psychonauts 2: Getting Through Narrow Slots Guide

Here's our guide on how Psychonaut 2 players can go through narrow slots. 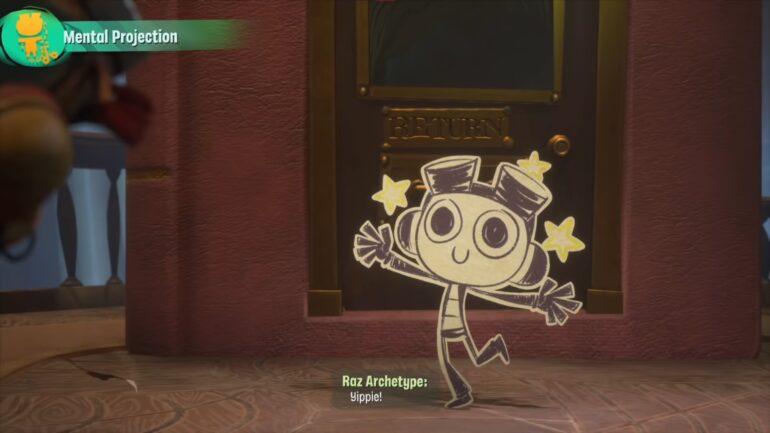 Psychonauts 2 offers interesting new game mechanics that would make it way different than the original and this one offers a new power that can make players go through narrow slots. There are certain areas that cannot be reached unless they can use this certain kind of power, which is the reason for getting this as soon as possible. As part of our Psychonauts 2 guide, here’s how players can get through narrow cracks.

Going Through Narrow Slots in Psychonauts 2

There is one new power in the sequel Psychonauts 2 that the original did not have, which is Mental Projection. This is the ability to create a 2D version of Raz, which then lets him control it to reach certain areas. Mental Projection can be learned from one of the members of Psychic Six and the writer of the popular self-help book Mindswarm, Cassie O’Pia. You will have to complete the task of repairing the broken mind of Ford Crueller, which is a rather long quest to finish and takes a large part of the game.

Once Ford Crueller’s mind gets repaired, Raz will eventually meet up with Cassie O’Pia and will let you learn this awesome ability. Players are advised to get the proper upgrades and especially improve their platforming skills.

Mental Projection can open a lot of doors for players once it gets unlocked. You can get through narrow lots easily or just go in sideways without any issues. In Cassie O’Pia’s mind, this is extremely helpful as it has a lot of narrow slots to go through. The Motherlobe has tons of mail slots, which is a great chance to collect a lot of ranks.

While Mental Projection will be unlocked much later in the game, it can be very helpful for players who have the time to go back and unlock doors for collectibles. Completionists will be needing this power once they get it in order to reach those troublesome hard-to-reach areas and collect their prizes.