Here are some essential tips and tricks to guide you in playing Psychonauts 2. 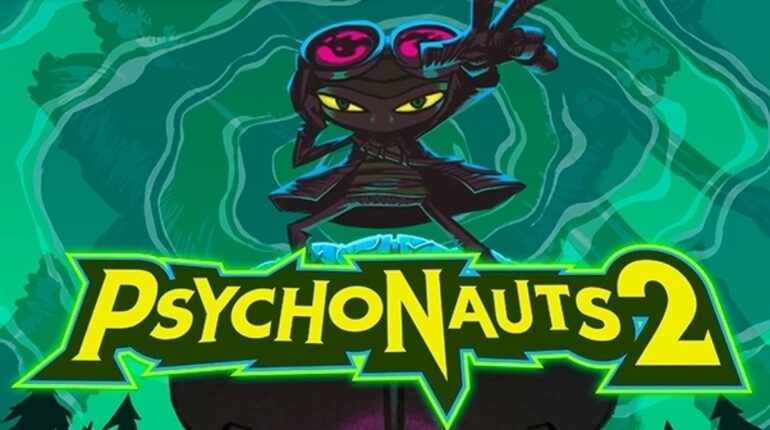 Psychonauts 2 is not a difficult game. It’s fun, engaging, and entertaining, but it’s not the type of game that will necessarily challenge you, and that’s perfect for a game like this. While that may be true though, there are a couple of mechanics in the game that aren’t thoroughly explained and highlighted which is a shame given how useful these mechanics are.

If you want to have as much fun and be fully immersed while playing this game, you’re going to want to follow these Psychonauts 2 tips and tricks that will allow you to fully take advantage of everything there is to the game.

Here are 10 tips and tricks when playing Psychonauts 2

Use The Clairvoyance Ability

Clairvoyance is a very nifty ability that, although isn’t necessarily helpful in combat, is very useful in discovering hidden items. You are introduced to this ability very early in the game, but you are rarely given an opportunity to take advantage of it during quests.

The Clairvoyance Ability’s usefulness shines during exploration. You can use this ability on various NPCs and creatures to find hidden Psitanium and other secret spots.

What aspect of the game you’ll spend a considerable amount of time doing while playing Psychonauts 2 is exploration. As you progress through the game, you’ll be taken to different places, minds, and worlds with different designs, enemy types, and puzzles to complete. One thing they all have in common, though, is the abundance of collectibles scattered around each area.

While playing the game, be sure to take the time to pick up any collectible you’ll stumble upon. These items will help you rank up faster in the game, which in turn will allow you to make your abilities stronger.

At the beginning of the game, you’re only allowed to carry 100 Psitanium maximum, which is far from enough as this can balloon to enormous figures as you progress through the game. Most of the items from the Otto-Matic machine also cost more than just a measly hundred.

It is almost a necessity that you increase your wallet’s capacity by purchasing the upgrade from the aforementioned machine. In fact, this should be the first thing you should purchase from the shop.

Use The Collective Unconcious

After you’ve completed a few quests, Sasha will give you the ability to return to minds you’ve already visited. This is a mechanic you should fully take advantage of. These locations house a ton of collectibles and there’s an enormous chance you will not acquire every single one of them during your first run.

If you find yourself at a crossroads or you think your rank is too low considering where you are in the game, you can never go wrong with retracing your steps.

Use The Levitation Ball To Move Around Faster

If Raz’s maximum sprint speed is too slow for you, which it is for me, use his Levitation Ball to move around an area faster. What’s even better is that you can upgrade this ball to give it an offensive capability that you can use in combat. With that, the Levitation Ball becomes one of the most useful abilities in the game, whether you’re fighting enemies or simply exploring an area.

A lot of collectibles in the game and certain quest marks provide auditory signals whenever you get near them. The source of the sound can be tough to pinpoint without a decent set of speakers. However, by wearing headphones while playing, this quandary becomes insignificant.

This will also allow you to hear NPCs, and even Raz better. Oftentimes, Raz will give you a clue as to what you should do or where to go during quests if you’re ever stuck in one place for too long.

Use The Assist Features

Sometimes, you just want to play a game to relax and not be hindered at all by any shapes or forms of difficulty. The developers behind Psychonauts 2 know this and that’s why they placed Assist Features in the game for you to take advantage of.

For example, there’s a way to toggle off Fall Damage for those pesky levels and puzzles that require you to climb great heights.

As soon as you’re given access to the Quarry, the area outside of the Motherlobe, the first thing you should do is to head directly to Otto’s Shop, located in the Research and Development Center.

Otto will lend you gadgets that are helpful and entertaining to use: the Thought Tuner and the Otto-Shot. The former is a device you can use to discover Stray Thoughts, which then leads to PSI Challenge Markers, and the latter will enable the game’s photo mode mechanic.

There are unlit bonfires scattered around the game, and they’re placed there for a reason. Light these bonfires with your Pyrokinesis and they will create an updraft that you can ride on with your Levitation ability.

These will lead you to hidden areas that usually contain hidden collectibles. Various side quests also benefit from the bonfires. If you’re ever stuck during a quest and see no pathways to a higher platform, check the area for a bonfire. That may be the pathway you’re looking for.

The Effeciency Of Telekinesis

The Telekinesis ability is the game’s central and most useful ability. Not only are most enemy types susceptible to this ability, but you can also use this power to deal will enemies that throw projectiles at you.

If timed correctly, you can use this ability to grab oncoming projectiles in mid-air and throw them back to your opponent.

Ever want to know how to rank up faster in Psychonauts 2 or where all the Queepie locations are? We got you covered in our Psychonauts 2 guide.