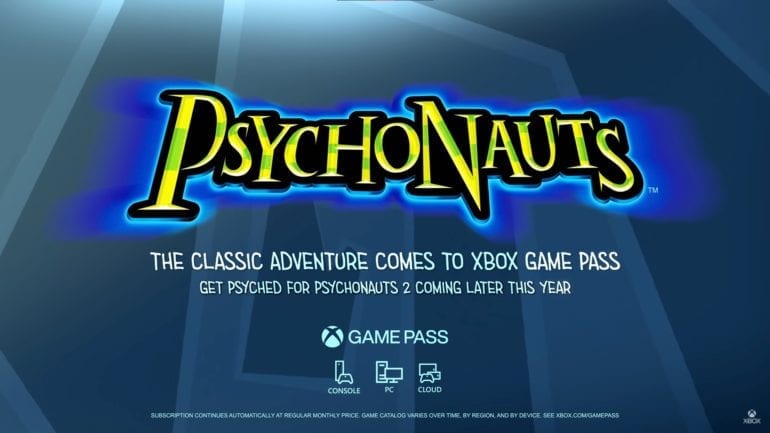 The game is now available to download on Xbox Series X/S, Xbox One, Windows 10 PC, and on Android phones and tablets via Xbox Cloud Gaming with the Xbox Game Pass. It is a psychic-comedy adventure created by Tim Schafer and brought to life by Double Fine Productions. It follows the story of a young psychic acrobat named Razputin where players explore the realm of the inner mind.

The game first released in 2005 and has become a favorite for fans from young to old in almost two decades. It is all thanks to the mixture of comedic storytelling and inventive level-design. Expanding the psychic abilities of Raz will make players explore the minds of those around him and explore levels based on their personalities and neuroses.

The release of Psychonauts on Xbox Game Pass is to prepare for its sequel, Psychonauts 2, which will be released later this year. You can also get it now for only $9.99.