Is PUBG Battlegrounds down right now? Why is PUBG Down?

Servers Are Down Following New Update 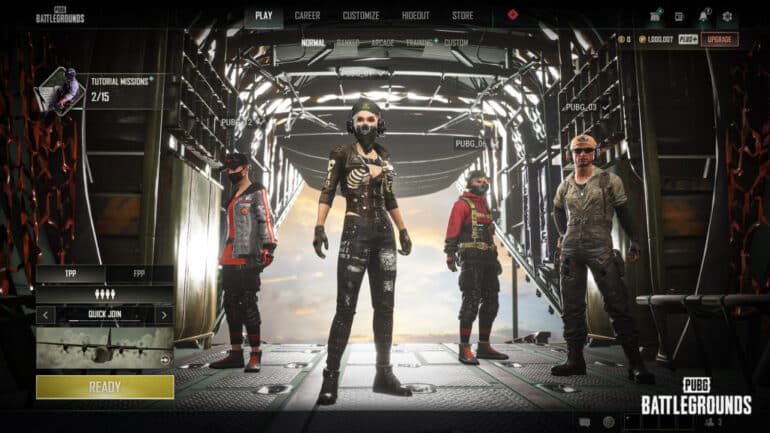 Why is PUBG Down?

This morning, the popular Battle Royale shooter PUBG Battlegrounds began maintenance, which would keep its servers offline for an extended period of time, according to the team behind the game.

PUBG: Battlegrounds will become free-to-play later this week on all platforms, as predicted following the prior announcement. In light of this, PUBG Corp. has published the PUBG 15.2 update, which features gameplay improvements as well as the major transition from a paid game to a free-to-play experience beginning on January 12!

PUBG Corp. is hoping that the change in pricing would help to breathe new life into the game, which has been experiencing a decline in player counts on platforms such as Steam in recent months.

When will PUBG servers be back up?

PUBG servers will go down for maintenance starting:

PUBG servers are expected to go back up on:

How long does PUBG downtime last?

The PUBG servers will be unavailable for nearly two days this week as PUBG Corp. prepares to make the game available as a free-to-play title on both console and PC. Because of the change to a free-to-play model, the maintenance will take roughly 38 hours to fully complete.

The good news is that we now know exactly when PUBG will be unavailable for play and when everyone will be able to rejoin the fray once it becomes available.

If you need information on PUBG server status and to check if PUBG servers are offline, you may visit their official Twitter page PUBG: BATTLEGROUNDS Support@PUBG_Support.

To check on the status of the servers, go to support.pubg.com.

PUBG has chosen to offer a new category of tactical gear, Tactical Gear, that goes beyond basic gunplay to give players more options in-game.

The Drone is a Tactical Gear that allows players to scout a far distance safely and even pick up an item without facing the risk of direct combat.

The EMT Gear is a Tactical Gear that allows players to opt into increased healing potential for both themselves and their team at the cost of reduced combat flexibility.

New and returning players will not be able to play other game modes before they complete the tutorials. However, you’ll be able to play normal matches if you’re in a party.

PUBG has made some big improvements to the current Training Mode based on community’s feedback to create a more effective and efficient space for players wanting to hone their skills.

PUBG noted that in the current Training Mode, players had to hunt for weapons, ammo, and attachments. Also, to practice using many guns, players have to stay near the spawning spot.

So, meet the new Training Helper! This ability allows users to summon any weapon or item at any moment.

PUBG decided to develop a good system where gamers could practice all they want without any intervention. Therefore, a private indoor target practice area has been built into Training Mode.

To reduce the inconvenience players feel when getting distracted by other players’ noises, a noise reduction feature has been implemented.

Mortars and their ammo have been added to Training Mode.

With the Action Queue feature, players can queue up their next desired action by pressing and holding the button while a certain action is in progress. The action will immediately perform after the action in progress ends. For example, if you hold the firing key while reloading, the gun fires immediately after the reload action ends.

PUBG wanted to allow fans of the Win94 to use the Iron Sight again, especially for very close combat where a scope is less ideal.

The VSShad a ~3.5X Scope, and this was the only available sight to fire the weapon in ADS with no sight attachments allowed. It has the potential to be useful on short range, however it can be a bit awkward to fight ADS in close quarters with the Scope. PUBG hopes this update allows players to fight more easily in close quarters.

PUBG previously planned to provide “Christmas Weather” only during the collaboration with KAKAO FRIENDS. But, due to the request from the community, PUBG decided to keep it with a slightly lower probability.

Have you ever been in that awkward situation where you got killed shortly after entering DBNO by being attacked? It gets frustrating when you’ve just looted all the things you need but soon die, especially in the early stages of the match. This DBNO adjustment focuses on decreasing the amount of annoying DBNO executions which may ruin the game experience.

PUBG improved the existing ping system and added the ability to display the ping on the screen where the player can see. PUBG expects this will enable faster and more clear communication between squad mates.

HOW TO PLACE A SCREEN/MAP PING MARKER IN PUBG

PUBG has improved the quality of the minimap so that the terrain is displayed more intuitively.

PUBG: BATTLEGROUNDS’ entire out-game appearance has nicely groomed itself to transform into a fresh new look for all current, returning, and new players. With this huge UI/UX update, players will find both in-game and lobby interfaces to be more accessible, convenient, and complete.

PUBG’s main lobby had maintained its interface since the good old Early Access days. They have tucked the current destructive, dystopian atmosphere away and applied dark green and sandy colors, dense and subtle dotted textures to express a more modern theme.

In addition to the changes stated above, players will be able to discover updates PUBG has made to other out-game elements such as the Notification Center, Store, Create Your Character screen, the Hideout, the Setting Menu for consoles, etc. and other in-game elements as well such as the Settings, Report User window, in-game messages, and so much more!

Based on analysis, PUBG found that the Survivor tab didn’t create a lot of views. So, PUBG simplified the menu to improve player convenience.

PUBG has changed the default settings to the following for the convenience of new players:

This update will only apply to new players’ accounts that never accessed PUBG: BATTLEGROUNDS before.

The Profile button from the team invite message is temporarily turned off to improve the feature. It will return in the future update, and we will inform you through the patch notes at a later date.

※ Clipping issue: Graphics that are shown outside the visible part of an image/object.