A guide about Net Launchers and Net Cannisters in Raft. 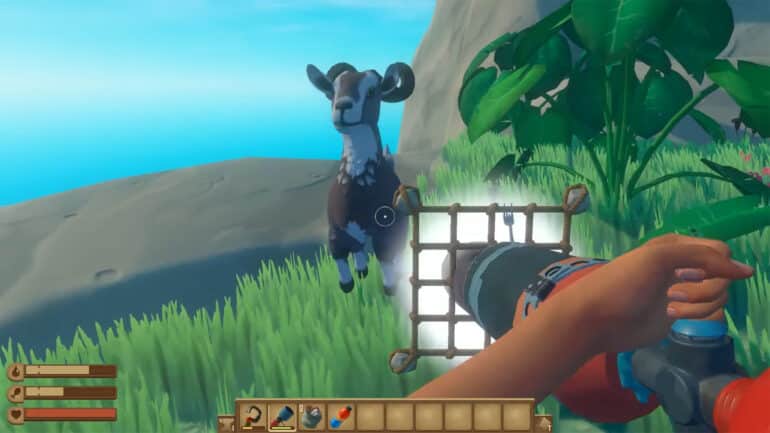 The Net Launcher is a weapon that explorers can use in Raft. Its main purpose is to capture livestock which can then be tamed and brought over to the raft.

Learn how to craft the Raft Net Launcher with our guide, as well as how to use it properly and learn what items to gather to craft its ammo, the Raft Net Cannister.

How to craft a Net Launcher in Raft

Once you have the materials, open your inventory and you’ll be able to craft a Net Launcher from the Weapons recipe menu.

The Net Launcher is not stackable and can only be used 20 times before it gets spent and breaks.

What ammo does the Net Launcher require?

How to unlock the Net Cannister recipe in Raft?

You’ll first have to discover Explosive Powders, which will automatically unlock Net Cannisters as a researchable recipe.

How to get Explosive Powder

Explosive Powders can also be obtained from safes and suitcases dug from the ground using a shovel.

How to craft Net Cannisters in Raft

To craft Net Cannisters, you’ll need to gather these materials:

This recipe will craft 1x Net Cannister and they can be stacked up to 20.

How to use a Net Launcher in Raft

The Net Launcher can be used like a gun; just point and shoot at a livestock animal to try and capture it. However, it is best to note that nets do not fly far and will land just a couple of feet from where it was shot. Plus, once a net is shot and it misses, it will be considered as spent and you cannot pick it up again.

The best way to capture livestock is by shooting at them as they are approaching you. These animals have a set roaming path, so you can observe them for a few moments to know where they’ll walk, and just position yourself ahead of their path.

Can I catch hostile animals with a Net Launcher?

Sadly, no. Only livestock animals such as Cluckers, Goats, and Llamas can be caught by a Raft Net Launcher.

If you like this Guide, be sure to check out our other Raft articles:

Check out this video by The Miniature Blue showing the Net Launcher in action: