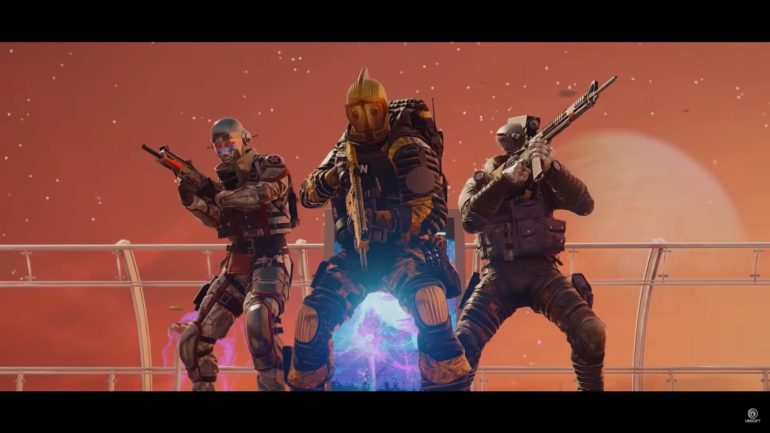 This time-limited event will take the game to the far future and will be set above the clouds in a neon-soaked reimagining of the Tower map. The Operators will fight against each other in a fight to control two areas. It will introduce a new movement mechanic that can allow players movements via drones and cameras. There will some Operators that will have robotic cosmetic looks from the MUTE Protocol Collection, which will be available until Aug. 17.

In this event, the organization Mute has taken over the Tower and has evil plans in store. The Attacking team must attempt to reclaim control while the Defender will try to secure the position. All Operators can make use of the movement mechanic, which digitizes their bodies whenever they use observation tools. The Attackers can move via drone and spawn wherever the drone is located. The Defenders can travel via the camera network.

Attackers Jackal, Lion and Ying, and Defenders Kapkan, Mira, Mute Oryx, and Vigil get to have the MUTE Protocol cosmetic collection. They can transform into futuristic, shiny fighters. There are also special event weapon skins.

Rainbow Six Siege is now available on PlayStation 4, PC, and Xbox One.