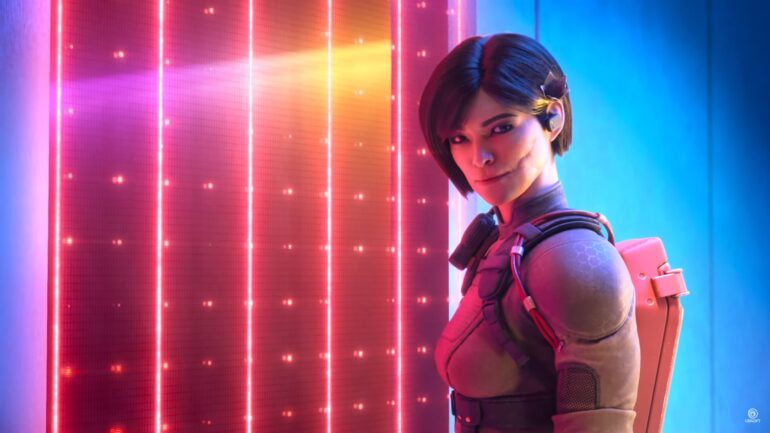 The new trailer introduces the new Operation Neon Dawn, which seems to feature neon lights for some reason. It also reveals the newest Operator, a new Defender called Aruni.

Aruni is shown to have a scar near her mouth, which could be from a previous operation where she got hurt. She also has a gadget that can cover a door, which deactivates if she goes through it. This could mean that if she and her allies try to come in, there will be no friendly fire involved.

Some leaks suggest that the gadget name is called the Surya laser gate. Aruni is rumored to be equipped with a PRB92, MK14 EBR, and a P10 RONI.

The trailer ends with the schedule for the full reveal of Rainbow Six Siege: Operation Neon Dawn, which will be during the EU Major live on November 8 on Twitch.