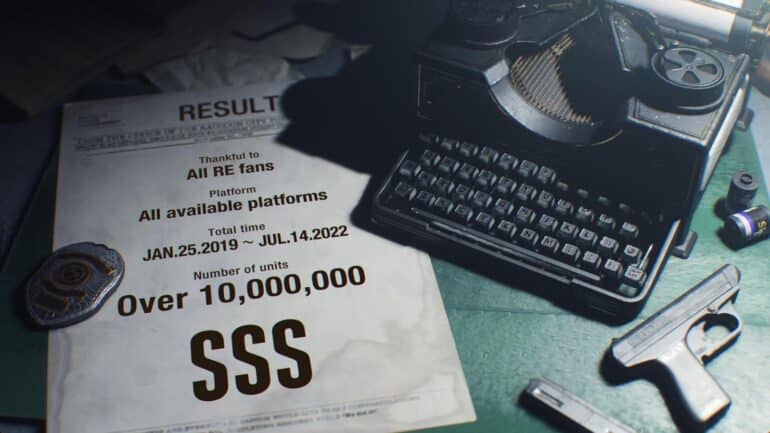 CAPCOM has recently announced that Resident Evil 2 Remake has reached a new milestone in sales since its launch.

According to the publisher, Resident Evil 2 Remake has now sold over 10 million copies since its first release on January 25, 2019. It was announced on its Twitter account with an image similar to the ones seen after completing the whole game. It showed the “results” with over 10,000,000 number of units sold and with a ranking of SSS. The results come from all available platforms.

CAPCOM thanked the fans for the continued support. After releasing the new update that will enable the PS5 and Xbox Series X/S versions of the game, more fans might be getting this soon. It added 4K Support, ray-tracing, improved framerates, and more.

No word if CAPCOM will still release any new content for this game, but it seems all efforts are now focused on developing Resident Evil 4 Remake and the new Resident Evil Village DLC.