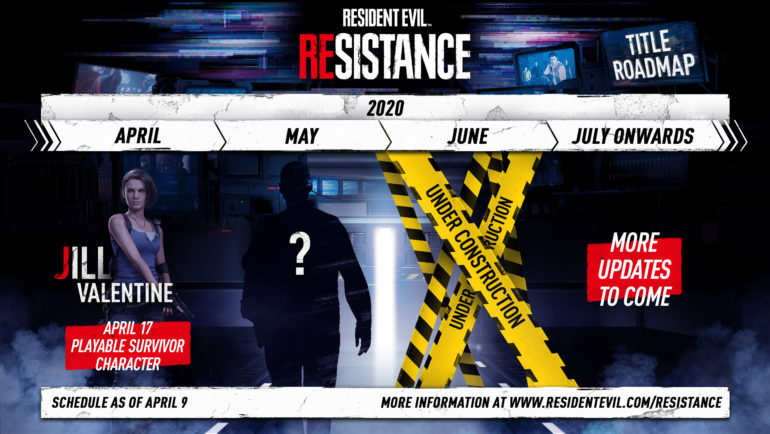 The new asymmetrical multiplayer game has some fans from the gaming community and today they got some good news. CAPCOM just dropped an announcement that it will get some post-launch contents along the way, which is why a content roadmap was revealed so that the fans would know what to expect. The full details were not revealed, but it did show the months the upcoming contents will be coming.

Jill Valentine will be joining the ranks of the Survivors. It is shown on the content roadmap with several other mystery contents coming. In the next month, another character will be joining the group while in June it shows an under construction image. No specific details yet, but it is a good start.

Resident Evil 3 Remake and RE Resistance are now available on PlayStation 4, Xbox One, and PC.