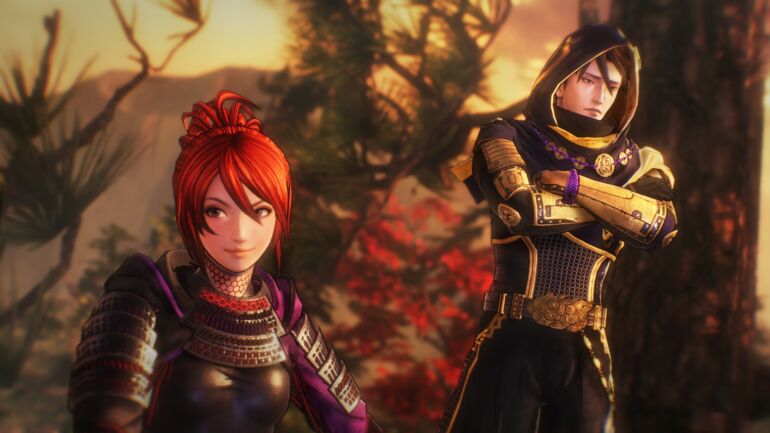 SAMURAI WARRIORS 5 takes place inside the Sengoku period, during which an inverted social order extends across Japan. As war rages, several influential figures appear across the country seeking to reign supreme over these turbulent times. Among those figures, the great daimyō, Yoshimoto Imagawa, dispatches his troops to escort the minor daimyo of the neighboring nation – Ieyasu Tokugawa – as a hostage. While everyone is assessing the situation, there is one person watching all of this occur from high above … Nobunaga Oda. SAMURAI WARRIORS 5 begins with Nobunaga, along with his childhood friend Toshiie Maeda, as they make a raid on the Imagawa Army in order to rescue Ieyasu from his captors.

Players will be able to unleash Ultimate Skill attacks on enemies in SW5. These are incredibly powerful actions that can be used during battle, and characters can equip up to four types of Ultimate Skills at any one time. These types include:

Hyper Attacks make a return in this game, which allow characters to travel a great distance while assaulting enemies. It allows them to hit opponents and connect to a standard attack.

There are nine more characters that will join the roster. These are Kanbei Kuroda, Shikanosuke Yamanaka, Sena, Hanbei Takenaka, Kazuuji Nakamura, Tadakatsu Honda, Toshiie Maeda, Oichi, and Nagamasa Azai. All characters have been redesigned and re-imagined in a vibrant new style.