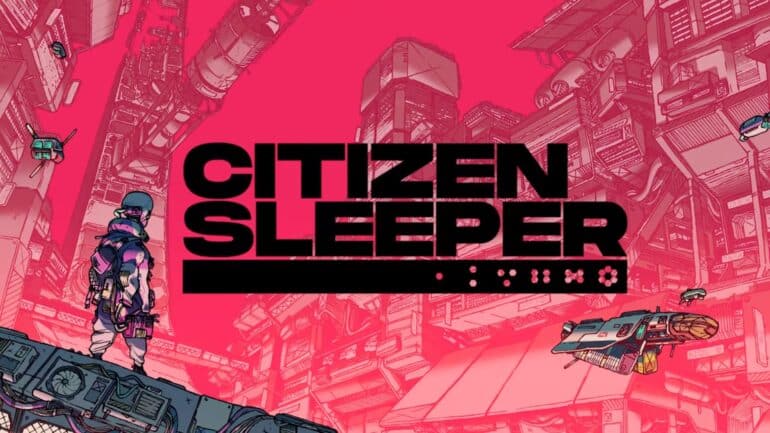 Publisher Fellow Traveler and developer Jump Over the Age have announced a release date for their narrative sci-fi RPG, Citizen Sleeper. The game will release on May 5th, 2022, and is priced at $19.99 USD at launch when it releases on the Xbox One, Xbox Series X|S, Nintendo Switch, and PC (via Steam, GOG.com, Humble Bundle, and Epic Games Store).

In Citizen Sleeper, players take control of a Sleeper, a digitized human consciousness in an artificial body, owned by a corporation. You eventually escape and find yourself aboard a lawless station at the edge of an interstellar society. Thrust amongst the unfamiliar and colorful inhabitants of the Eye, you need to build friendships, earn your keep, and navigate the factions of this strange metropolis, if you hope to survive to see the next cycle.

Inspired by tabletop roleplaying games, Citizen Sleeper uses dice, clocks, and drives to create a player-led experience, where you choose your path in a rich and responsive world.

Citizen Sleeper is set to release this May 5th, 2022 on Xbox One, Xbox Series X|S, Nintendo Switch, and PC.