Scorn Out Now on PC and Xbox

Finally, go into this grotesque world. 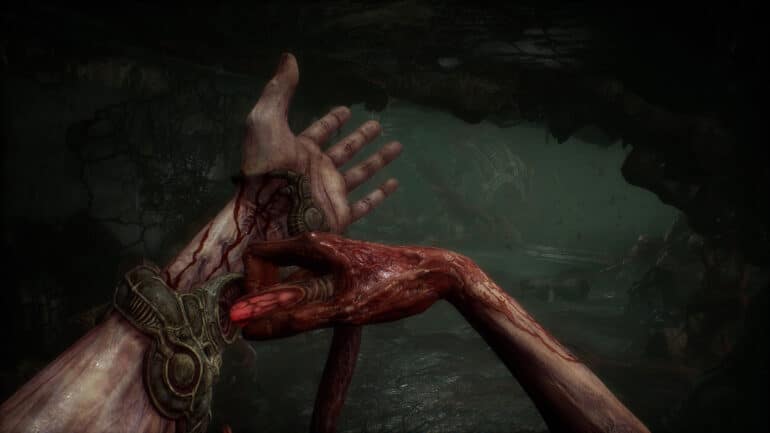 Scorn is an H.R. Giger-inspired horror game made by Ebb Software and it is now available. Players who like the grotesque and macabre can now get the game on PC via Steam, Epic Games Store, and GoG, and Xbox Series X/S. Players can also get the game on the official website here. Get the game on Xbox Game Pass today.

The trailer released today kind of warns players that if they enter the depths of Scorn’s world will leave it changed. Players will not get any help from this game and will have to learn to deal with the horrors of this dilapidated world.

Tasked with navigating a desolate and interconnected bio-labyrinth, the only way to make it through is by learning the rules of this nightmarish place and manipulating the cruel machinery left there. By piecing together these secrets and using the organic tools available to you, surviving this world may just be possible. Finding the truth, however, is an entirely different question.

Scorn out now on PC, and Xbox Series X/S.