How Jack Sparrow Came to be in Sea of Thieves 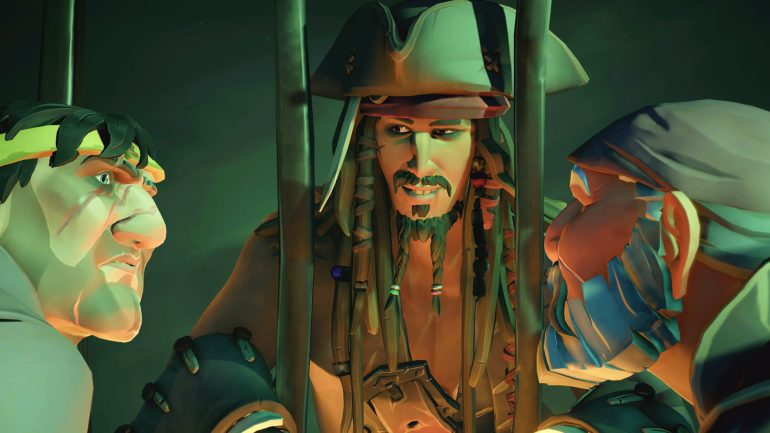 Game company Rare made a surprising announcement just recently revealing that video game Sea of Thieves will be adding a new event with the theme of Pirates of the Caribbean and that the ever-popular and lovable character Jack Sparrow will be in it.

Fans raved about the big reveal and everyone is excited about trying out this new season. But how did Jack Sparrow come about as one of the newest characters for the game? Game Director Mike Chapman and Executive Producer Joe Neate tell the story in an exclusive interview with media outlet NME.

Neate revealed that this all started way back at E3 2019 where Chapman and him suggested to the team at Disney that they want to bring two worlds together. They had a chat with Disney and made plans. They made an agreement way back in January 2020 to finally seal the deal.

Jack Sparrow would definitely thrive in this world as it offers freedom and adventure throughout the game. There were also tons of parallels in between the two, which was not that hard to add Pirates of Caribbean to this game.

Then came about how to create Jack Sparrow and add it to this game’s universe. “Sea of Thieves has a very specific visual style, and I asked Mike what the challenges were to bring a character who has such an iconic and recognizable look into the world of Sea of Thieves and ensure that it fits with that visual identity.”

Chapman revealed that they had difficulty in recreating Jack Sparrow at first because they definitely needed to get him right or else face the wrath of the players and fans. This is where the stunt double for Jack in the fourth movie Simon Newton came into play.

“He came in full costume and really helped us narrow down the movements of the character,” Chapman revealed. “He was so knowledgeable about the character, providing insight to how Jack would celebrate, how he would stand when not really moving, and even down to specific facial movements. We really think we have captured the essence of Jack Sparrow as a character.”

The fans’ feedbacks were all good after the big reveal. They really did a good job in doing this.