Sea of Thieves Return of the Damned Ninth Adventure Announced 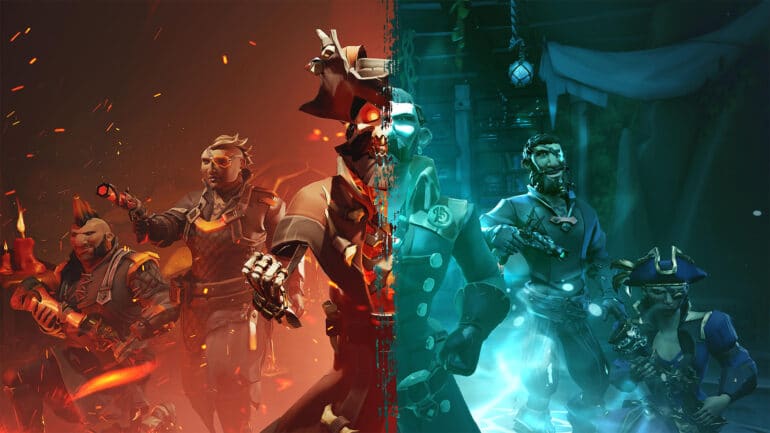 Rare has now revealed the ninth adventure, Sea of Thieves Return of the Damned.

In this new season, the Time of Resurrection has finally arrived and the infamous Skeleton Lord Captain Flameheart is about to be resurrected in the unholiest ritual that is currently being completed by his loyal followers in The Reaper’s Bones. On the other side of the seas, the Pirate Lord’s allies have now created a plan to try to banish Flameheart forever, which puts Captain Pendragon’s life on the line.

Players will now have to make a choice: join Belle or the Servant of the Flame. In this era, it will be the pirates that will decide whether Flamehehart or Pendragon will stand triumphant after this event. This will settle the future of the Sea of Thieves.

Both sides will need the Dark Relics’ energy to make it possible to complete their rituals, specifically the Bewitching Dolls. Players can discover these items around six Sea Forts that are scattered across the Sea of Thieves and must be delivered directly to either Belle or the Servant of the Flame, but there is a catch.

The Sea Forts are the ones that give power to the Bewitching Dolls and will increase their effectiveness when the players chosen will be in command. This can be established by placing a banner on its flagpole.

Players must hand one Doll at a time to keep the relic’s effectiveness at full. The Beacons above each Fort will indicate which side.

Forts that are held by the enemy will limit the Doll’s power so players will have to choose their actions carefully. They will either need to attack another Fort and claim it or defend one while one of their men makes a run for it to hand over a Doll.

Sea of Thieves Return of the Damned has now begun and will conclude this coming November 17, 2022. The game is now available on PC and Xbox consoles.