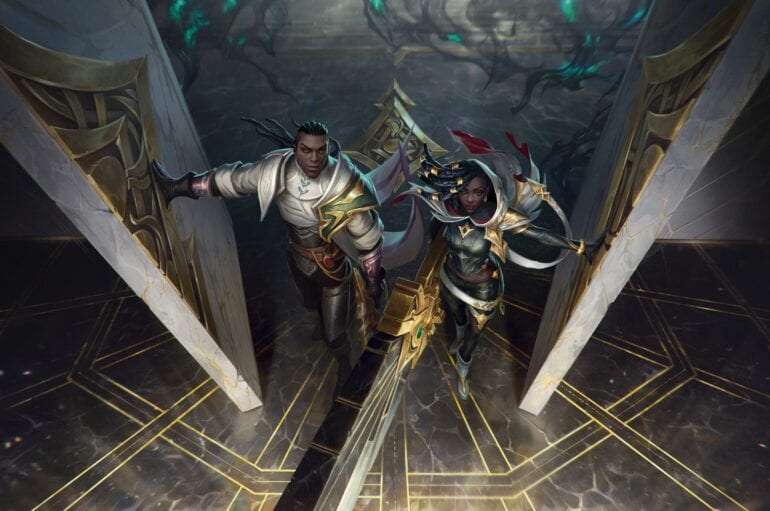 Game company Riot Games has recently announced the newest blockbuster event that covers all of their titles and it is called the Sentinels of Light.

This new event will cover each of Riot’s five games, which are League of Legends, League of Legends: Wild Rift, Legends of Runeterra, Teamfight Tactics, and Valorant. It will offer thematically-linked experiences so every Riot fan can join in, regardless of which game they play.

League of Legends on July 8 to August 10 will start the Rise of the Sentinels, which will give players a way to experience the game’s story via the eyes of a rookie member of the Sentinels.

11 new, in-canon skins showcase champions as they appear in Rise of the Sentinels:

There will be an event-exclusive Ascended Pantheon Prestige Edition skin that will be released. It depicts the alternate timeline where the human spirit inside Pantheon overcomes Ruination.

Ultimate Spellbook, League’s first new event game mode will be released during the Sentinels of Light event. Players will be able to gain a second champion’s Ultimate ability to use throughout the game in addition to their own.

League of Legends: Wild Rift event will start July 8 and ends on August 10. This will be the most ambitious event so far for the game, which will feature an in-game narrative experience. They will meet and bond with heroes Lucian, Senna, Riven, Irelia, Vayne, and Akshan.

Throughout the Wild Rift ecosystem, players can learn more and get involved in the overall story:

A host of new in-game canon content will be released throughout July and August:

Legends of Runeterra event will start a few days later on July 14 and ends on August 10. Here’s what to expect:

Teamfight Tactics event will start way later on July 21. Players will be joining the forces of Order to fight against Chaos Pengu in Teamfight Tactics Reckoning: Dawn of Heroes. This will start the Black Mist out of the Convergence once and for all. This update will have:

Valorant will add some new content as well with the Sentinels of Light event. Check it out here: