Guess who's back, back again. 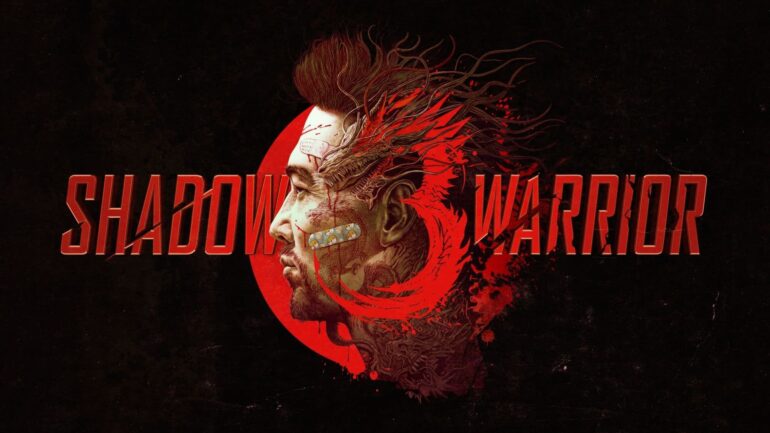 The past 10 years have been an absolute renaissance of the classic 90s single-player FPS. Titles such as Wolfenstein, Doom, and Quake have had some of their best entries and remasters to date. But who stood at the forefront of the “boomer shooter” explosion? None other than 2013’s Shadow Warrior reboot, that’s who. With Flying Wild Hog once again at the helm of the shooter franchise, there was a lot of hope that this scrappy studio could continue to lead the charge on Lo Wang’s third outing. However, it appears that Shadow Warrior 3 winds up feeling a little too derivative and devoid of new ideas to stand proudly among its peers.

Our foul-mouthed and offbeat main character, Lo Wang, returns sporting a new head of hair and is as quippy as ever. Get ready to listen to a myriad of pop culture references from the mouth of Wang because he simply does not stop. The writing team at Flying Wild Hog are clear fans of the Marvel Cinematic Universe as often, the dialogue felt like it was ripped straight out of a Joss Whedon-esque Marvel movie. This is the closest to a Deadpool shooter that we’re going to get, is what I’ll say.

Shadow Warrior 3 makes a great first impression with a flashy and exciting opening mission on top of a moving dragon, all the while splicing in prerendered cutscenes that felt remarkably high quality and well-directed. Wang is now a crestfallen hero that lost his mojo at the hands of a mighty dragon, and he is hell-bent on getting it back. Past the opening hour, though, Shadow Warrior 3’s storyline takes a nosedive.

A critical failure in the storytelling is how little Shadow Warrior 3 compels you to feel anything about any of our characters. Most of them are bitter, hostile, and unappealing, which would be fine if eventually Shadow Warrior 3 didn’t make an attempt to give the story some emotional weight despite never doing anything to make these moments earned. It doesn’t help that the only voice actor who seemed to really care about what was happening was Hoji, now returning from Shadow Warrior (2013).

Listening to Wang’s voice actor deliver a half-hearted “ahhhh” as he falls off the side of a cliff constantly epitomized how little effort was shown in this department.

Story beats come and go so quickly that you might get whiplash, and no character left any remarkable impression on me. Sure, Wang losing his mojo is a major driving force in the story, but it never felt like it had any consequence. You’re telling me that Wang has no mojo when I just killed a whole legion of demons with nothing but a sword? The only thing that kept me going was the next enemy or arena because the story definitely does very little as a driving force.

What Flying Wild Hog does manage to achieve is a good gameplay loop. Shadow Warrior has always been a fun ride of frantic shooting mixed with cathartic slicing and dicing, and Shadow Warrior 3 is no exception. Blood, guts, and gore will splatter across your screen in the most cartoonishly absurd way possible. In a controversial move, Shadow Warrior 2 changed the main formula by introducing looter shooter elements in the same vein as Borderlands or Destiny. It was a controversial move, but with Shadow Warrior 3, Flying Wild Hog brings the series back to its roots with a classic shooter feel, focusing strictly on all manners of shooting the heads off of demons.

Lo Wang can carry his whole arsenal on him at all times, and he brings quite a varied one at that. Expect to blast away demons with pistols, SMGs, saw guns, riot guns, and, of course, his signature katana. The change to this style was one I welcomed; Doom Eternal did it with great success and proved that these long-standing genre conventions are timeless. Although, the more I played Shadow Warrior 3, the more I realized that this was less taking inspiration from Doom and more just becoming a Doom clone with less interesting features to stand apart from it.

Shadow Warrior 3 takes the “fight-your-way-out” approach to combat, rewarding you with health and ammo the more you kill demons. Lo Wang can now perform glory kills in the same fashion as Doom. Except where glory kills in Doom felt like a quick minute to breathe in the heat of battle, Shadow Warrior’s glory kills feel like an entire rest period. They are gory, fun, and net you some essential bonuses like more health or gore weapons taken straight from the enemy, but at the end of the day, they feel like a ripoff of the Doom mechanic.

Credit where it’s due, Flying Wild Hog does introduce a great variety of enemies to fight throughout Lo Wang’s journey. Fighting some of the later enemies is no small task, and consideration in your approach is required depending on who you’re targeting, which is an excellent way to keep the gameplay feeling fresh.

Besides new enemies, receiving your entire arsenal, and the shiny new grappling hook, there is not a whole lot new that Shadow Warrior throws at you. As a matter of fact, Shadow Warrior 3 is a game filled with repetition and even feels phoned in at times. Wallrunning and arena environmental kills are new features but are instanced and not a tool always available at your disposal. This game is a situation of lather-rinse-repeat combat arenas and mind-numbingly linear platforming.

When you’ve seen one arena, you’ve seen them all. Shadow Warrior 3 is sorely lacking in engaging level design. Roughly 80% of all the arenas are circles with some verticality in ramps and platforming sprinkled throughout but nothing even close to the frantic arenas requiring minute-by-minute decision making and positioning that Doom Eternal offers. The other 20% were ovals.

Between circular arenas, you will find yourself engaging in some platforming and freerunning that is fun at first. However, like most of Shadow Warrior 3’s mechanics, it tapers off in enjoyment very quickly as it doesn’t do anything new with the concept. These are strictly interludes for dialogue between combat zones.

In Doom and Wolfenstein, there is enough to do outside of combat to keep the player engaged. These games feature collectibles and interesting platforming puzzles that keep everything interesting between lulls in combat and between combat zones. Nothing in Shadow Warrior 3 even remotely came close to peeling me off the main path. The only collectibles present are skill points that do appear when you venture off the beaten path but take almost no time to find and require no problem solving to obtain. It almost felt like they added these simple, not-so-hidden paths because that is just something this style of game does, and they needed to tick a box on a checklist.

The biggest saving grace in Shadow Warrior is that shooting at demons is fun. The “boomer shooter” genre is hard to get wrong as long you stick to having engaging enemies with unique mechanics and make shooting them in the face satisfying. Flying Wild Hog follows these principles dogmatically. Despite the on-rails platforming and uninspired arena designs, I still found myself enjoying the act of killing every demon that was between me and getting Wang his mojo back. It’s just everything surrounding that which is the problem.

Shadow Warrior 3 doesn’t overstay its welcome, though. This is a roughly six-hour-long game and ends right when the repetition is too much to bear. If this is Flying Wild Hog’s full vision for Shadow Warrior 3, I give them props for knowing their limitations and cutting everything off sooner rather than later. Although I can’t help but feel like this is a case of a game that had a larger vision and was heavily stripped back.

Story concepts and characters start off strong yet fall off and fall flat very quickly. New mechanics like wall-running and environmental kills work within their own confines but never feel particularly special or a true cornerstone to gameplay. And with a mission structure relying solely on circular arenas, one-way platforming sections, and a campaign that only features two bosses throughout its runtime, it just feels like there was way more that could have been done here. 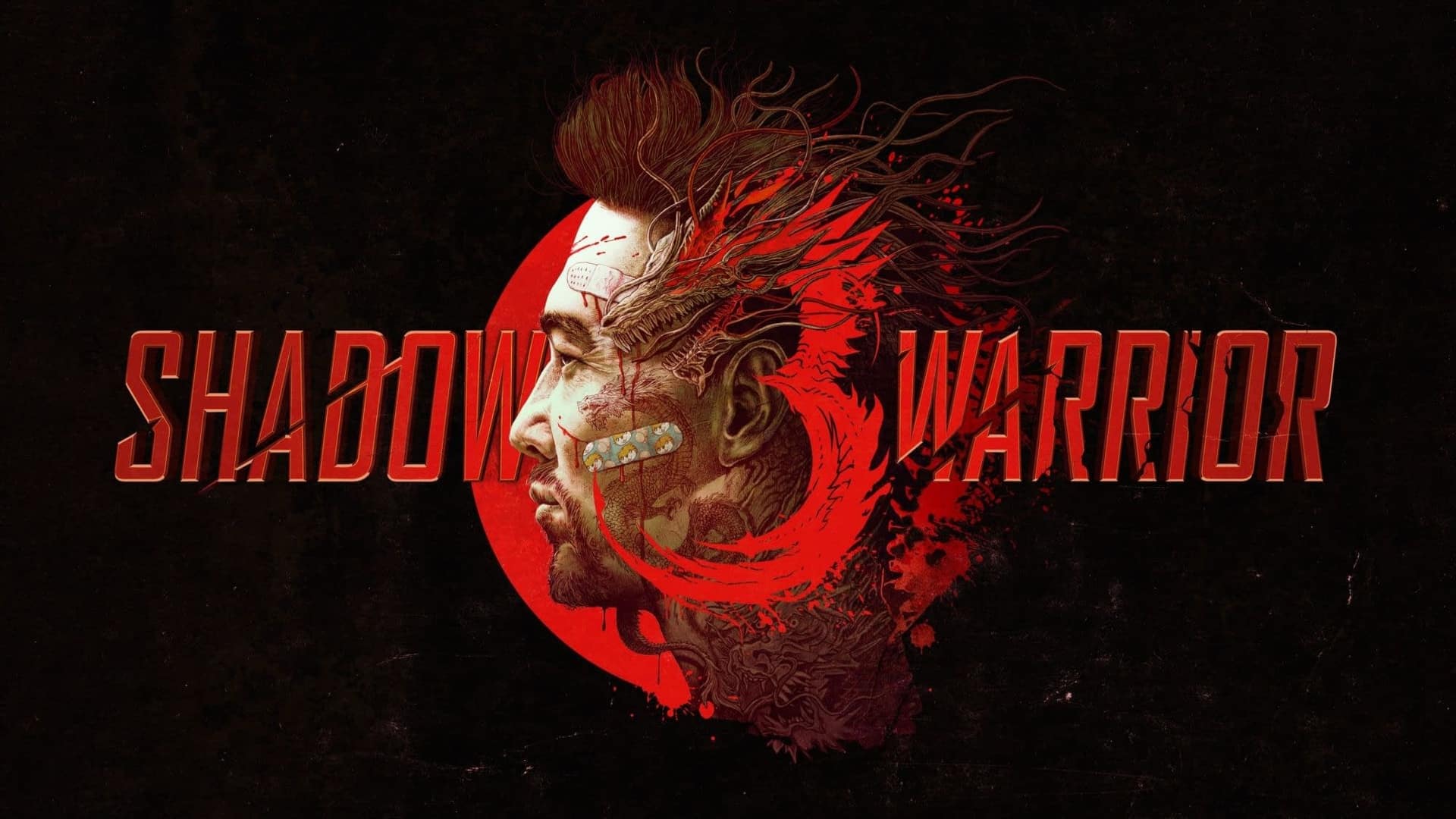 Shadow Warrior 3 – Review
Score Definition
We tell you, it’s a good game! It’s not average! It might have some problems here and there, but you have to admit it is a “Good” game.
Pros
Great gunplay
Good enemy variety
Cons
Repetitive arena structure
On-rails, linear platforming
Uninteresting story
7
Good