We now have a proper release date! 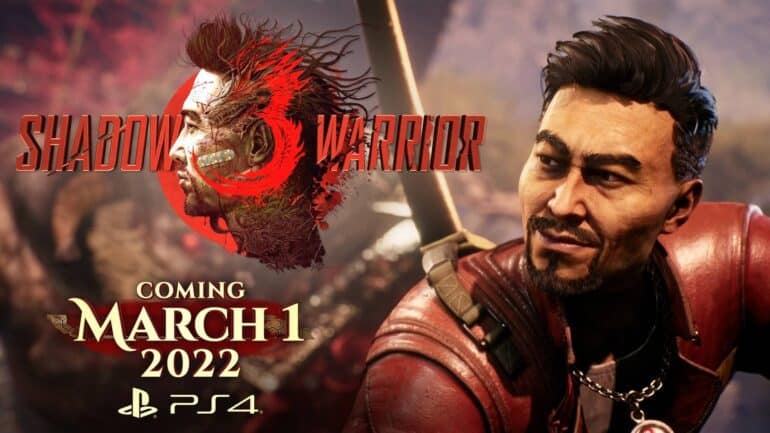 Flying Wild Hog has official revealed the release date of the most awaited game of 2022, Shadow Warrior 3!

Game Director Kuba Opon recently posted on the PlayStation Blog to announce the third installment of Shadow Warrior’s official release date. It will now be available in shelves and digital stores starting March 1, 2022. It will be on Xbox One, PlayStation 4, and PC.

Players who will be pre-ordering the game will be in for a treat. Get it now and they will receive the first two games for free on their desired platforms. A great deal for being a fan of the series.

Aside from the official release date and the bonus of two free games, the game company shared a new pre-rendered trailer featuring the lovable Wang and killing tons of demons along the way.

Opon introduced the game as a fast-faced first-person love letter to katanas, guns, and self-expression. It is high octane, adrenaline-fueled, tons of crazy explosions, and awesome free-running movement in a colorful, orient-inspired fantasy world.

The premise was summarized the game director as well. Wang is the main hero of this game, an ex-Yakuza mercenary and he is now in the world after the what has happened in Shadow Warrior 2. After nearly bringing the world to its untimely end, Wang has accidentally opened a multi-dimensional prison cell that holds a very large world-eating dragon. Our hero now finds himself partnering with arch nemesis ex-billionaire Orochi Zilla and the newbie, the sorceress supreme Motoko.