How to make their players keep interested in playing their latest title. 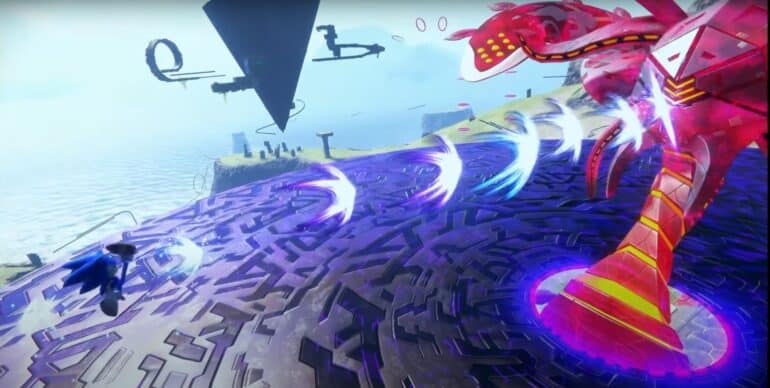 The Sonic Team has recently shared the challenges they encountered in transitioning from their previous games to the new Sonic Frontiers.

Sonic Team Head Takahashi Iizuka recently spoke with media outlet Twinfinite to talk all about Sonic Frontiers, especially its development. He was asked about the challenging aspect of transitioning from the previous games to the new one right now as the previous ones were linear while Sonic Frontiers is an open-world 3D game.

Based on the answer by Iizuka, it seems the team had some difficulty transitioning from 2D to 3D open world. The game has really large islands created for open-zone environment, which lets Sonic run around them. They just needed to have all the iconic high-speed action in many games when he is running and jumping.

Iizuka then realized that even though the island has the things that make Sonic do high-speed stuff, the island is still very big with a lot of space vacant. They needed to populate that with other features and that is where they added puzzles, big enemies to fight, and collectibles. These are not the usual features that the Sonic Team was familiar with, which made it challenging for them.

“That’s what we had to challenge ourselves with doing from a design perspective: what else can we put on this island, Iizuka explained. “What can Sonic do outside of just high-speed action?”

The Sonic Team made sure that these big islands were populated enough in order for their players to get curious about exploring. They would try other things out and enjoy running at the same time.

Sonic Frontiers will launch later this Holiday 2022. It will be available on Nintendo Switch, PC, PS4, PS5, Xbox One, and Xbox Series X/S.