Its disastrous launch left a bad taste on its developers. The first team anyways. 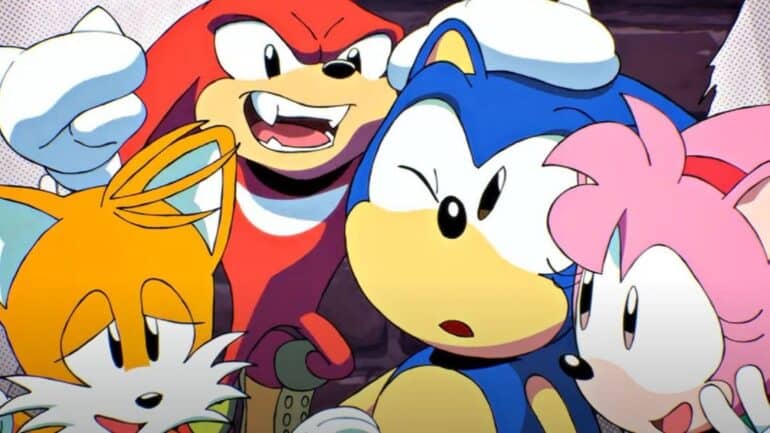 Headcannon, the developer of Sonic Origins, has recently shared their comment about the final version of the game.

At day one, Sonic Origins did not receive a warm welcome from the fans due to several issues. First was the delisting of the classic games ahead of the Origins launch. Another was the criticism from fans for turning it into several pieces as DLC.

There seems to be some wild glitches and bugs as well. Recently, a streamer from Twitch discovered that players can skip all of the Knuckles part of Sonic 3 and Knuckles. There was a method that involved restarting the game and heading to a certain location.

Headcannon Founder Simon Thomley recently shared some tweets on his account to give everyone the details about this problematic launch. Headcannon is the developer of Sonic Origins.

“I won’t lie and say that there weren’t issues in what we gave to Sega, but what is in Origins is also not what we turned in,” said Thomley. “Integration introduced some wild bugs that conventional logic would have one believe were our responsibility – a lot of them aren’t.

“Regarding Origins, we were outsiders creating a separate project that was then wrangled into something entirely different. We knew going in that there would be a major time crunch and we worked ourselves into the ground to meet it just so this would even be made and released.”

Thomley confessed that their team did some mistakes as well and some of them were overlooking, rushjobs, and there were other things that they noticed but SEGA asked them not to fix the problem until the end. He then revealed that when SEGA did he rest, more bugs appeared which did not appear in the build that their team provided.

Headcannon asked SEGA that they would make major fixes towards the launch. Instead, SEGA stopped them because of the way submission works ahead of a game’s release. They asked for delays of the game, but SEGA wanted to push through the release. And the end result is a buggy mess.

“I’m extremely proud of my team for their performance under such pressure, but every one of us is very unhappy about the state of Origins and even the Sonic 3 component,” Thomley said. “We weren’t too thrilled about its pre-submission state either but a lot was beyond our control.”