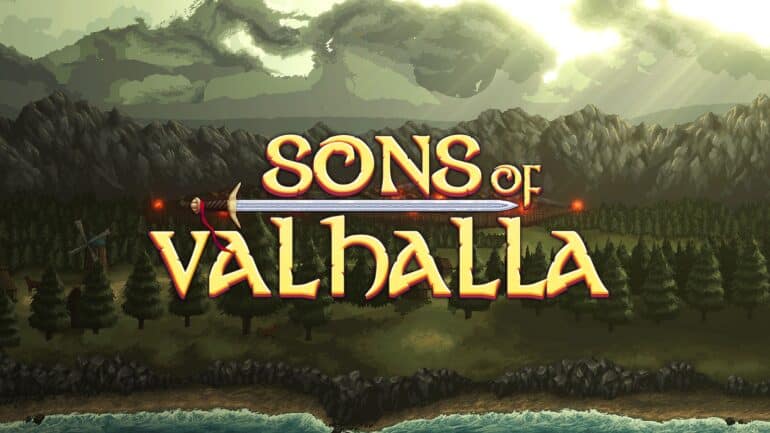 During Hooded Horse’s Publisher Showcase during PAX East this weekend, the publisher announced 3 new games: Sons of Valhalla, Capital Command, and Espiocracy alongside its portfolio of strategy and RPG games in an hour-long broadcast.

In addition to the new game announcements, the showcase had a special message from Soren Johnson regarding Old World and the Heroes of the Aegean upcoming 19th releases, as well as a message from Steve Hawkins showcasing the revamped look of Alliance of the Sacred Suns alongside trailers and content from the publisher’s games lineup.

Developed by Pixel Chest, Sons of Valhalla is a gorgeous pixel-art strategy and base-building set in the Viking Age. Build fortresses and lay siege to enemy strongholds, gather warriors and board longboats, and engage in personal combat as you raid and conquer across England.

“A story of love and revenge that takes the son of a Viking leader to England looking to raise an army to track down those who have wronged him. In this 2D side scroller, you combine Action RPG with real-time strategy base building where you will build forts to protect your resources, lead your armies, and use siege equipment to go on the offensive.”

Developed by Hellride Games, Capital Command is a sci-fi capital ship simulation game. Take the helm of state-of-the-art warships as you fight epic space battles in a sandbox campaign. Upgrade and customize your ship, master the art of maneuvering, and use a blend of tactical prowess and heavy firepower to overcome a deadly threat.

As described by Antony Floyd, Hooded Horse Media Relations, “Many space simulation games let you fly nimble spacecraft but Capital Command instead lets you control a giant Capital ship with realistic physics such as needing to turn your ship around and fire thrusters just to actually slow down.”

“You’ll have to angle your ship so your guns can see their targets and lay down flak screens to defend yourself from incoming missiles and along the way the other ships you defeat can be used to upgrade or replace your own as you battle an overwhelming enemy across the strategic map.”

Developed by Ex Vivo Studios, Espiocracy is a grand strategy game that puts you in charge of an intelligence agency during the Cold War. Rewrite history from the shadows as you influence ideologies, stage coups, and declare proxy wars. Subterfuge takes center stage here as you establish a new world tilted in your favor.

“Espiocracy sees you leading 1 of 74 possible intelligence agencies from the Cold War right up to 2020. In this grand strategy game, you will covertly influence the development of history in whatever direction you deem fit. Never have we seen a video game tackle this subject matter.”