Not that different than Japanese version! 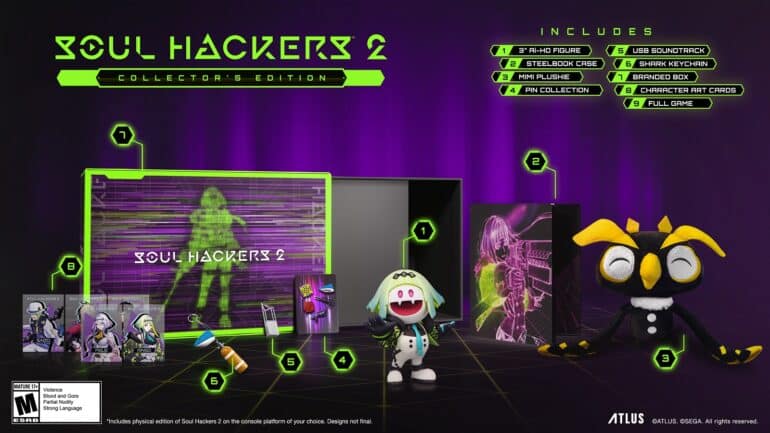 After revealing the official global release of Soul Hackers 2, Atlus West then revealed more details of its upcoming special collectibles that fans would want to get. One of the premium items is the Soul Hackers 2 Collector’s Edition and it is packed with goodies that any fan would want to have.

The Collector’s Edition will cost $199.99 USD and will only be limited to one item per person. This is a bit different to the Japanese version, which is the 25th Anniversary Edition. Here are the contents:

Atlus West was quick to note that the supplies for Soul Hackers 2 Collector’s Edition is extremely limited, which could be the reason for them to limited one copy of the edition to only one buyer. It will also be sold exclusively only at the Shop Atlus website. Pre-orders will start on June 10, 2022. Pre-order here when available.

Not that Different than 25th Anniversary Edition