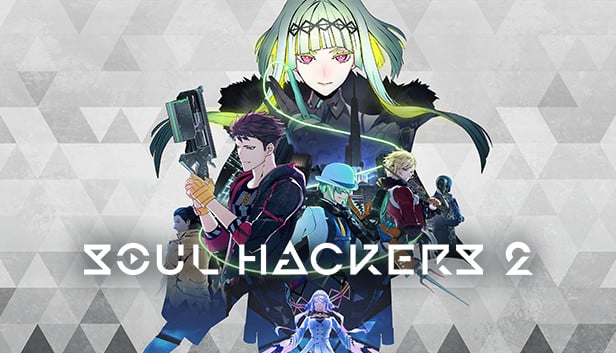 When it comes to Atlus Games, there is a certain degree of expectation that fans want to see in their games. Games such as Persona, Shin Megami Tensei, and even, Devil Summoner. However, when it comes to the newest game, Soul Hackers 2, things take an unexpected twist as there are some good and bad things we have noticed after playing hours of the game. We, of Sirus Gaming, will offer our experience and opinion on how Atlus’s newest game is.

Soul Hackers 2 is a sequel to the first Soul Hackers of 1997. This game is a spin-off of the Devil Summoner series and in my experience, you don’t need to play the 1st just to get to know more about Soul Hackers. This game is completely new and has a whole new story and gameplay suited for high-spec consoles like the PS5. Basically, this game is something that Atlus fans would want to try in 4K quality.

Personally, I think that Atlus is being experimental towards their goal to bring 4K quality resolution to their games, and making use of it might lead them to find some faults that need improvements on their future titles.

The story of Soul Hackers 2 is very direct but at the same time, feels scattered. I say this because from time to time, I find myself confused about where to go and what to do to progress through the story. Not only that, I felt like the story was going too fast and didn’t have much to present onwards. If I were to rate the story content part of the game, it would be at least 2.5 out of 5. The reason behind that is because some parts of the story felt as if there aren’t enough details given on how it reached this point and seemed to be lacking. Another thing I noticed was that there are scenes that felt blurred especially with each character in a visual aspect which made me feel less motivated to continue with the story.

The environments of the game were really worth seeing as they were colorful and vivid to watch and explore. However, there are limitations in the maps and dungeons found in Soul Hackers 2. The maps are very small and generally consist of a couple of shops and a few people to chat to as you walk between them. I enjoyed walking around and visiting the shops nonetheless because it was a good pick-me-up after visiting the dark dungeons.

The combat system of Soul Hackers 2 is a combination of Persona 5 and Shin Megami Tensei V with the addition of their new feature called the Sabbath. Using this feature happens when hitting an enemy’s weakness you’ll increase the level of the Sabbath attack that happens after every character has completed their turn. The more weaknesses you hit, the more powerful the Sabbath will be.

This will make you lean towards a strategy where you’ll aim to reduce all of the demons’ health down to critical at once in the hopes that the Sabbath wipes them all out at the end. I enjoyed this change of pace because, in most RPGs, the best tactic usually involves focusing on one enemy at a time. It also requires you to be careful about the monsters that you have equipped while trying to cover as many weaknesses as possible. Some monsters even have special Sabbath abilities that boast extra effects when the Sabbath attack lands such as healing the party or poisoning the enemy.

During the battles I had in Soul Hackers 2, the boss battles were really one of the hardest things to do especially since I had to find a way to balance my party, figure out what weaknesses they might have, and even farm for money in the game to buy accessories and summon new demons to my party.

I find it very challenging but at the same time, found it very appealing as it helps in motivate me in continuing the game onwards. Leveling up and increasing your party’s skills in different aspects such as Soul Level, COMP, Demons, and more are worth trying and it made me realize that this game is a challenge that will explore more how players can adapt to this new environment presented by Atlus.

Overall, Soul Hackers 2 is a decent game that mostly appeals to fans of the Soul Hackers JRPG series. Though it had some aspects lacking such as story, map exploration, and more, its combat and way of getting stronger in the game are very interesting. I only hope that Atlus can do better in their ongoing titles and learn to find some other faults in this game aside from the ones I have mentioned.

Soul Hackers 2 – Review
Score Definition
We tell you, it’s a good game! It’s not average! It might have some problems here and there, but you have to admit it is a “Good” game.
Pros
Story is simple and straight forward
Map details and dungeon are colorful & vivid
Leveling Up and Strategy skills will be tested in this game
Cons
Game content is too ambitious
Story is sometimes scattered and leads to lack of motivation to continue the game
Map details are too small to explore
Appeals only to JRPG fans
7
Good