No release date has been announced yet 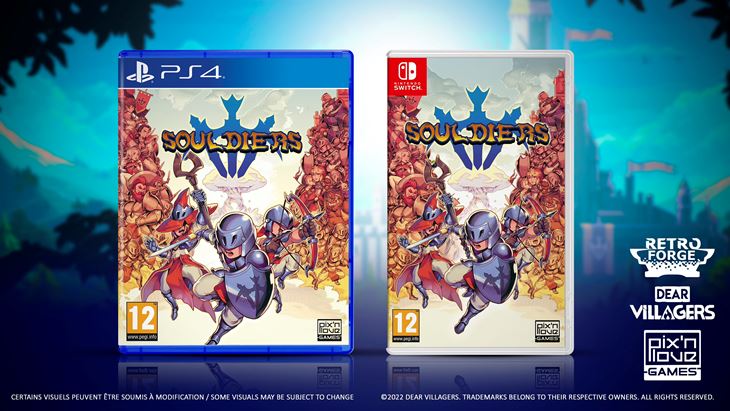 Developed by Retro Forge, the game is already shaping up to be a future reference by combining Metroidvania exploration, epic Souls-style combat, RPG customization, and platforming sequences of incredible precision. A clever mix that will immerse you in the heart of the fantastic world of Terragaya, torn between the dead and the living.

Souldiers also shines with its engaging scenario, its artistic direction, and its polished pixel art, a true tribute to the 16-bit era.

While out fighting for the glory of your kingdom, you and your fellow soldiers have been whisked away to Terragaya, a mystical land on the fringes of the afterlife. Your task is to locate the Guardian and move on to the next world. The hitch? You and your compatriots never actually died.

Battle your way to the heart of the mystery: Out cunning enemies, solve nefarious puzzles, upgrade your character and explore every corner of a dazzling, intricate 16-bit world.

Souldiers is a handcrafted retro epic for the ages. It is set to release on May 19th, 2022 on PS4, PS5, Xbox One, Xbox Series X|S, Nintendo Switch, and PC (via Steam).

For more information on Souldiers and its physical release, check out the publisher’s website.