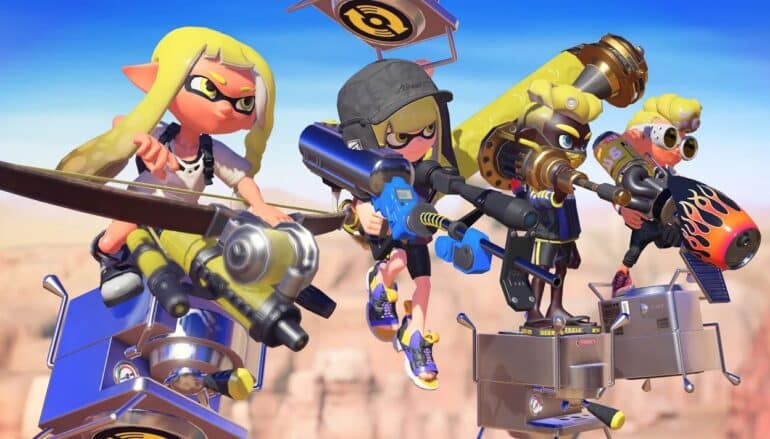 Colorful mayhem and unwanted painted territories are what Splatoon 3 has to offer recently since its release. For many months now, Nintendo has released new gameplay videos and trailers about Splatoon 3 and what new features it has to offer to fans.

Among the features that were presented, there is one that caught my eye to the point that I know things will get crazier in Splatoon 3 and that is Tricolor Turf Wars. In this guide, we, of Sirus Gaming, will present to players what this feature has and what makes it different from the regular Turf War.

What is Tricolor Turf War

Tricolor Turf War is a 4v2v2 Turf War battle in Splatoon 3 played during Splatfests where three teams compete to ink the turf. This feature is only available on Splatfests Battles and in no other multiplayer features.

In Tricolor Turf Wars, its mechanics are the same as the regular Turf Wars but only this time, there are 3 teams fighting in a single match. Four members of the team currently in the first place will start at the center of the arena while two players each from the opposing teams will try to take them down from opposite sides. Once this match begins, total painting mayhem and colorful splats will occur.