The first pack is here! 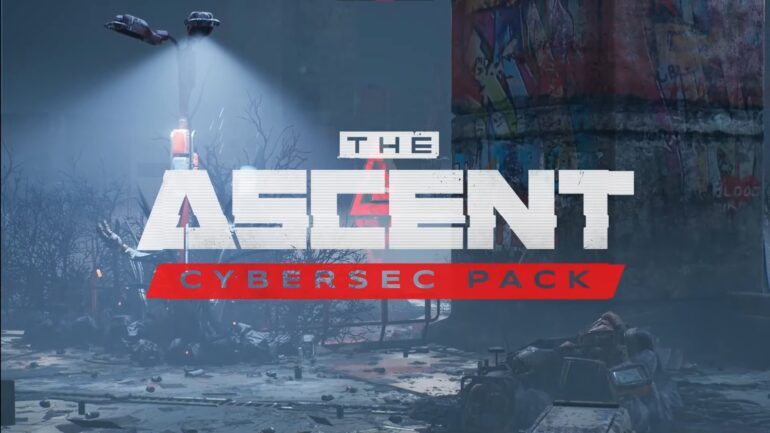 Neon Giant and Curve Games have announced the first post-launch content for the game, The Ascent CyberSec pack.

The CyberSec Pack comes from the CyberSec mega – the largest mil-tech manufacturer and main supplier of CorpSec. It will include two new weapons, a new tactical, four new pieces of armor, and four new animated weapon skins. It is now available for only $4.99.

Patch 5 has now dropped and will be free for all players. This new update introduces the new Transmogrification feature, which allows Indents to change their appearance to match the visual style of any armor currently in their inventory. They can visit the Stylist and pay a small fee to make this happen. After applying the visual style, players can equip any armor based on their gameplay priorities while having the preferred look.

Co-founder and Creative Director of the studio Arcade Berg said: “We’re really excited to be able to add more content for our amazing community. We’ve been working hard since launch to improve the game as much as possible and listening closely to the community feedback and what people are keen to see, so we are really happy to be able to share additional features like the transmogrification option for players.”

“We have some great new content planned over the next few months, which we recently outlined in our post-launch Roadmap,” added Tor Frick, Creative Director and fellow co-founder of Neon Giant. “We’ll be introducing features such as NewGame+, new VO lines for side missions, a free Winter Pack in December and a paid update to the Chongqing Pack and a brand new Cyber-Warrior paid pack early next year, so keep an eye out on our community pages for updates. As always we’d like to thank our wonderful community for all their support – we hope everyone enjoys the new content!”

About The CyberSec DLC Pack
The CyberSec Pack is the new explosive collection from CyberSec Mega which includes:

The Ascent is now available on Xbox Series X/S, Xbox One, and PC.