The Ascent Guide: How To Get Rocket Launcher, Astrosmasher 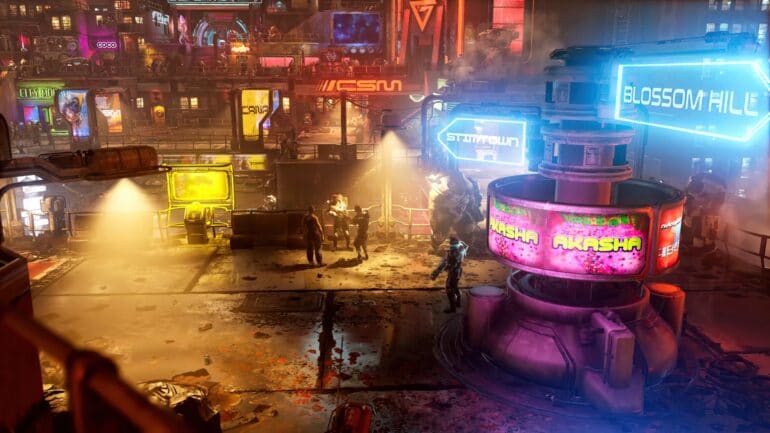 What can be more fun than firing an automatic rocket launcher? The Astrosmasher is such a weapon that can keep enemies at bay through a barrage of explosives. And this rocket launcher is available for grabs in The Ascent.

Originally used as a means to destroy incoming asteroids, the Astrosmasher can be devastating when actually used as a weapon. It has a pretty strong knockback against enemies and a decent clip size, but the reload time is something you need to consider. But if you’re the type to want to blow things up in The Ascent, then this portable rocket launcher is for you!

After the mission asking you to head to Coder’s Cove, you’ll gain access to the higher tier above the Warrens, Highstreet. In order to acquire the weapon, you can head north until you reach Cosmodrome just after Tham’s Gate. Check your map should you get lost. The story mission, Trading Places, will require you to go here.

Be prepared for a fight. You’re not getting your hands on this weapon unless you prove yourself worthy. You’ll be fighting through hordes of Rojins and Nug Gadgeteers in order to even make it to the location. And on top of that, get ready to fight the Heavy Monobot Mech which will put up quite the fight alongside the small mob of enemies. We recommend packing a weapon that dishes out either digital or energy damage, such as the Enforcer, as Heavy Monobots are very vulnerable against it.

After taking it down, you can go ahead and grab the Astrosmasher.

Interesting in playing The Ascent with a friend? Tell them it’s up for grabs on Xbox Game Pass.