The Ascent Guide: How To Fast Travel 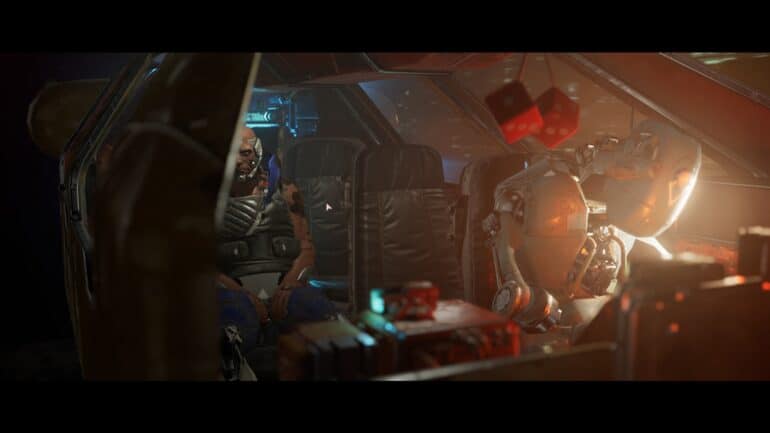 “How do you fast travel in the Ascent?” was a question we asked ourselves as we saw in the codex that we could fast travel anywhere using a taxi. Train stations we could find, sure. But the taxis were something that puzzled us. And chances are, you’re probably just as puzzled yourself as well.

There are actually two ways to fast travel in The Ascent: that’s through taxi or the train stations. Both can be unlocked after you finished specific missions.

The game just doesn’t give you enough instructions on why the taxi isn’t usable. Sure you can take the train, to begin with as stations can be found across the map, but if you took a look at the tutorials you’ll see that you can actually fast travel around the map via taxi by simply pressing T on your keyboard or left on the D-pad of the Xbox controller. But no matter how much you press it, the taxi never actually shows up. Why is that? Don’t worry, it’s not a glitch.

What The Ascent fails to inform you, is that fast travel via taxi is actually locked for the first segments of the game even if the tutorial was available. You can only fast travel at that point using terminals but you may find it a bit of a chore to keep walking from Point A to B. With the taxi, you can travel back and forth to places you’ve already been to with no hassle.

How do you unlock fast travel?

Fast travel via taxi can be unlocked by proceeding with the main mission objectives. Early on, you’ll be tasked with going to a specific location in a mission called Trading Places after finishing Mutual Dependencies. After a brief chat with Noghead, simply exit Coder’s Cove and now you can use the taxi.

We’d suggest completing this main story mission first before tackling the side objectives as unlocking fast travel in The Ascent can save a lot of time from traversing from Point A to B.

Fast travel via train can be unlocked from the very beginning.

Train vs. Taxi: Which Is Better?

You’re probably thinking to yourself “what’s the point of the train?” and it’s a fair question. If you can just use the taxi almost anywhere and at any time at the press of a button, then a train would seem rather obsolete. But bear with us, you might want to take the train whenever possible.

When fast traveling via taxi, you’ll have to pay 1,000 uCreds as opposed to taking the train which is free-of-charge. The biggest difference isn’t the cost, but the availability. You can take a taxi almost anywhere at your own leisure. Train station availability is dependent on the area and many areas in the game don’t even have a terminal.

Want to play with your friends in The Ascent? The game is available on Xbox Game Pass.