A game that fully realizes the cyberpunk genre with amazing gunplay. 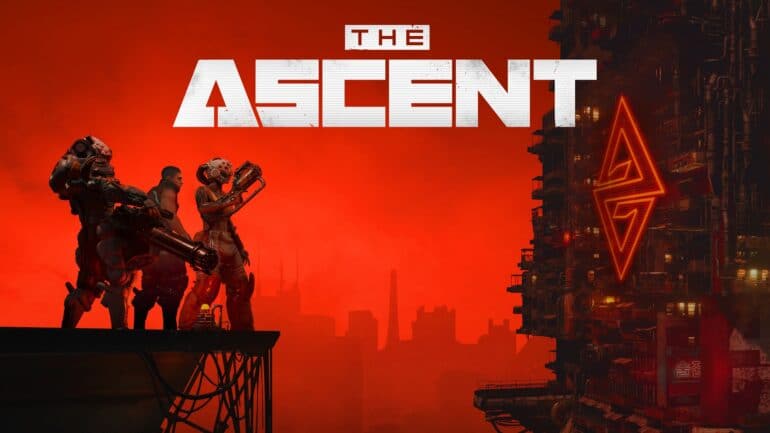 Cyberpunk games have become a recent trend especially since the success of Ghostrunner and the abysmal launch of Cyberpunk 2077.

Neon Giant takes a shot at the cyberpunk theme through a twin-stick isometric action-shooter role-playing game that gives us a capitalist universe where mega-corporations rule the metropolis, owning everyone as Indents — a fancier word for slave.

The Ascent is a stunning shooter, no doubt, but its greatest impediment comes from its unpolished state. I can overlook some bad design choices that feel abhorrent because the game does hold extremely enjoyable combat.

But is it enough for a justified investment if you want to own a personal copy for $29.99? The game will come out on Xbox Game Pass for sure, and that is a huge plus despite the current state of the game. Is it worth your time though?

As a person who appreciates games with fluid combat and shooting mechanics, finding myself liking The Ascent isn’t a surprise. The shooting handles great as the arcadey feel becomes an instant memory crawling out of my head. My thumbs pan the right analog stick with ease concurrently with my left thumb for movement; it’s worth noting how responsive my character is when I aim which enables me to be precise when shooting.

Dashing becomes a habit when attempting to dodge incoming bullets and a barrage of rockets with just a swift push of a button. And by simply crouching to hide behind cover, shooting over the head by pulling the left trigger is so natural. It doesn’t feel like these new mechanics were just added for the sake of it, as these encourage the players to be clever than going guns blazing. “Be aggressive, but tactical” that’s how the game wants you to be.

With much care added to combat and movement fluidity, that saying goes the same for its arsenal of weapons. It’s insane to see more than 12 weapons to choose from. Ranging from assault rifles like the Dread to burst rifles such as the Enforcer. Each weapon has different damage types such as energy and fire, these can be highly effective against specific goons. Mech-types are easily destroyed with energy-based weapons, while typical human enemy types can be gunned down with regular ammunition. However, the game doesn’t do a good job of giving you those tips.

As you browse through the Codex, it takes a lot of reading to know what is effective against what. But there are details that don’t suggest any effective counters. You’re left to discover them by experimenting a lot. That means frequently switching your weapons as you can only equip two at a time.

Surprisingly, as an action-shooter RPG the progression is reasonably simple to understand and painless to advance. The leveling system rewards best when you accomplish main or side missions than grinding by killing a ton of enemies. This becomes gratifying as each side-mission gives you more of a goal in leveling up by giving you enough XP. However, these side missions don’t contribute to the lore aside from personal affairs and motive if you’re expecting more.

I do like the idea though that you’re able to stack side objectives to avoid backtracking and talking with NPCs in the long run. These missions, however, do have level conditions that seemingly give you notice that you’re going to encounter stronger goons and brutes before you choose to mark them for your waypoint. I’ve devoted more time speaking to NPCs that offer side-missions, as leveling up is easier when you complete them. Every time my character levels up, I’m given three skill points to upgrade my abilities. And just by doing side quests, I’m a couple of levels higher than what the main mission recommends.

It’s good to grind to have a powerful character, but it gradually becomes a chore when these side-missions start to beginning to be less and less fun. The biggest factor is distance.

With limited fast travel options during the first few hours, you’re faced with a much larger obstacle — traversing. While it’s not distasteful in any way, because there are benefits when you trek, the time spent traveling from point A to point B becomes a drag knowing you can’t sprint. Yes, you read that right, you can only run but not sprint. There are no mounts that you can use like a speeder to quickly traverse from one place to another even if the world is teeming with hovering bikes and parked vehicles.

The Taxi will be available after you finished the first arc of the main story, it’s the answer to the issue of traveling. Areas are unlocked for the Taxi once you’ve explored them. This mode of transportation is not free though as you’re expected to pay 1,000 uCreds, the game’s currency, for each ride.

There is, however, an alternative way to fast travel without spending uCreds, and that’s through monorail stations. They are easily accessible in key locations where enemies are usually present, but these stations are limited based on their availability in the area. It’s nice to give you choices if you want an easy way to fast travel or work your way through to have a free ride to get where you need to go.

I personally use the Taxi route if I know I’m way above the mission’s recommended level and have some uCreds to spare, but I use the monorail station to travel to a common area then traverse on foot, exploring areas with crates and hidden components before heading directly to my main objective.

Upgrading weapons, armors, augments, and modules are as easy. By simply finding basic and advanced components for weapons from locked crates that can be hacked using your Cyberdeck and abandoned stores, the improvements are instantly noticeable as reloading a gun feels a lot faster and you’re able to down an enemy in mere seconds after upgrading your gun from the Gunsmith.

But obtaining these components later in the game becomes more challenging. This feels like Neon Giant deliberately made the weapon upgrades in short supply to make enemies seem stronger. What’s disappointing is the weapon levels are not matched by how powerful your enemies are, but rather how far you’ve upgraded them. Meaning, when you pick up a gun from a defeated higher-level goon, you won’t get anything extraordinary or an upgraded variation of the same weapon. Your only option is to exchange duplicates for uCreds.

While the rest, looting armors, augments, and modules can take a little bit of time because enemies don’t usually drop them as loot. You get them from visiting the armor shop, the Grafter for augments, and the tactical shop. You will soon develop a habit of regularly visiting these shops to look for better equipment.

Augments and Modules do change the combat situation from being dire to a battle that’s winnable as newly added abilities and enhancements will definitely give you an edge. It is never a good idea to solely rely on your weapons, using augments and adding modules are important for your survival.

One of my favorite augments is the Monobot. It spawns a mech with front shields to divert all enemy attacks to it. But if you’re more concerned about dealing higher damage then the Hyperdraulic Slam is a special augment piece that can strike enemies to the ground. You also have modules that enhance certain perks such as the Javelin Dash which improves evasion or the Speedheal that supplies you with more HP when picking up health kits.

The Ascent is visually striking. It’s fascinating to see that a 12-man studio managed to create a universe that accurately delivers a cyberpunk theme. You see exotic augments in people and aliens, the neon-lit signages in marketplaces and buildings, the unconventional attires, and robust vehicles, in a great degree of detail. Plus the soundtrack definitely adds the authenticity of The Ascent’s cyberpunk world with its techno beats that are most akin to similar games such as Ghostrunner and Ruiner.

Co-op play is also available if you want to play with three other friends online or locally. I tested both modes, and while co-op works well online, the problems I encountered are more on local play.

I plugged in an extra Xbox controller to play the game with my wife, and while the first few hours were superb, the issue began when we needed to hop onto a lift to get to the top level. Every time when we access the lift, the game instantly brings us to the top then drags us both back down the lower level. This massive glitch prevented us from advancing through the story.

And the only fix I found was to quit the game, which also had issues going back to the main menu that eventually forced me to close the entire app, and restarting local co-op play. We’re suddenly loaded back into the upper level of the area which was completely unusual and ridiculous. I thought there was a glitch because my wife’s character level was lower than mine so I had to level up her character. This clearly wasn’t a character-level issue because we still encountered the same problem in a different area. This completely wasted my time, and it became aggravating that I avoided couch co-op play until they fix the problem.

The game’s official Microsoft Store page does state it’s optimized for next-gen Xbox consoles, the current state of the game is still clearly unpolished. While the game runs at a solid 60 frames per second on a 4K screen, NPC assets take time to compile when I ride the elevator and train, the load times aren’t as fast as you expect them to be, evident sound glitches that start to become annoying, and the horrible camera angle in certain areas is unbearable as I’m unable to see my enemies.

There’s just a lot of technical restraints that drag The Ascent down, and I do praise Neon Giant’s hard work they’ve put into the game, but it’s difficult for me to recommend a title that’s so unpolished when you want to play the game on couch co-op. However, if you’re up for instant, fluid twin-stick shooting gunplay with easy-to-grasp mechanics and a massive arsenal of weapons, and a game that accurately evokes the cyberpunk theme then The Ascent is undoubtedly a game that may be worth your time regardless of the technical issues it has. 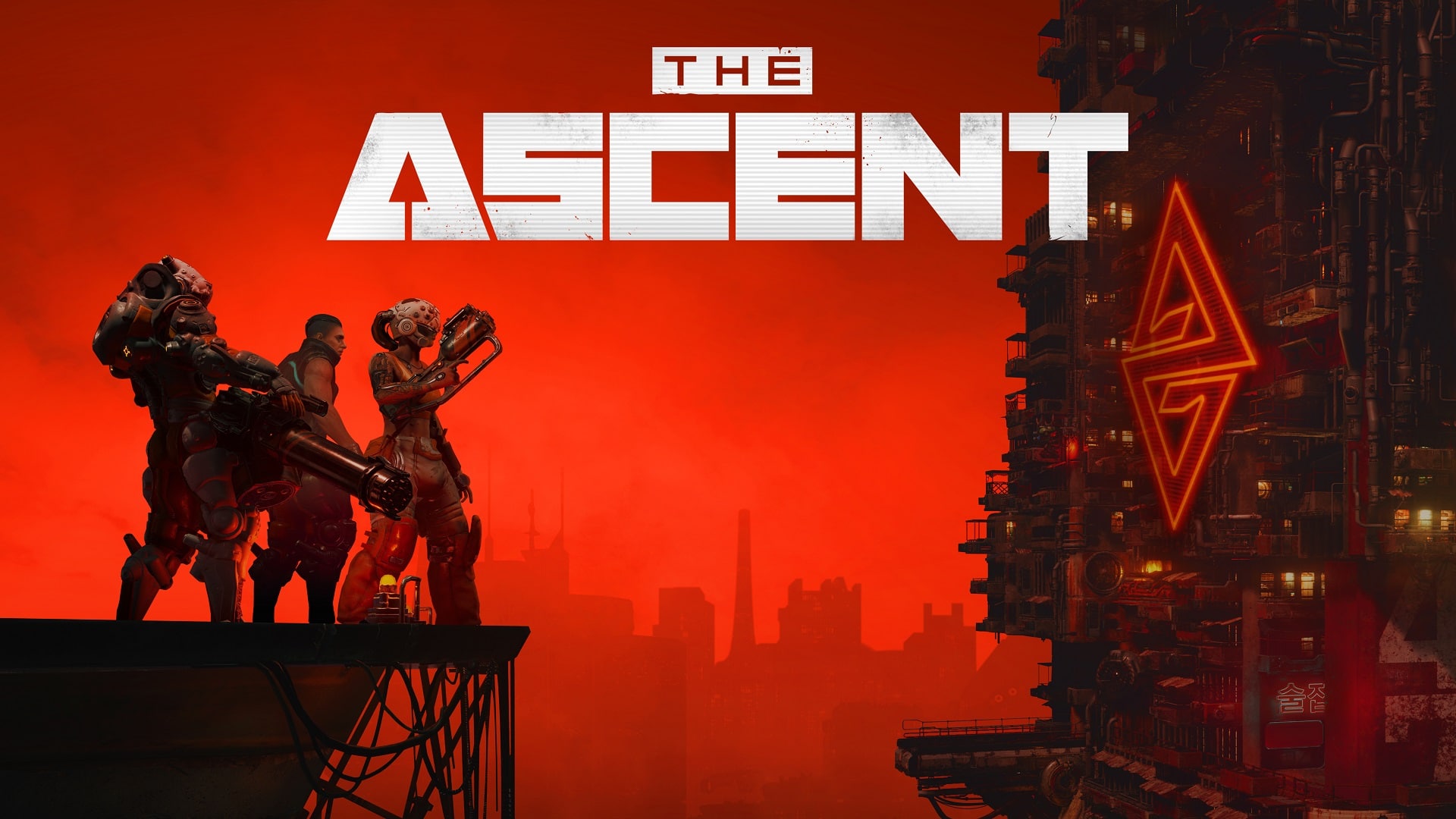 The Ascent – Review
Score Definition
You better have to choose if it’s worth spending your spare cash, because it might not be the game for you and it might be for others.
Pros
Enjoyable gunplay
Easy to grasp progression system
Accurately represents the cyberpunk genre
Cons
Noticeable audio glitches
A major bug that prevents advancement in couch co-op
Subpar narrative
Overall unpolished
6.5
Justified