The Ascent to Launch on Xbox Series X/S, Xbox One and PC in 2021 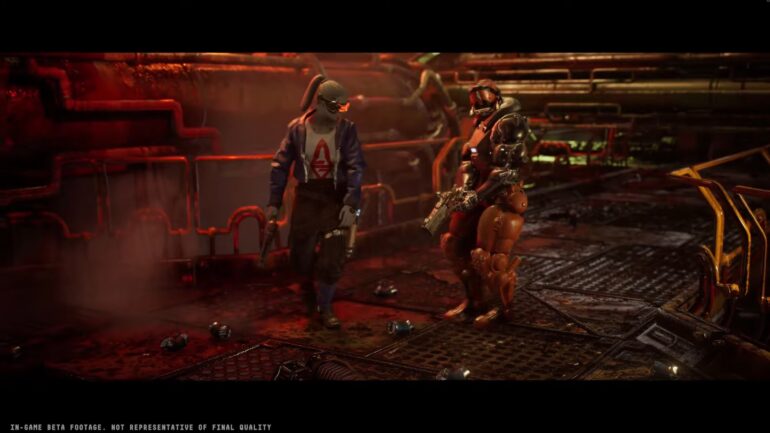 The action RPG The Ascent has gained attention with its intriguing gameplay during Microsoft’s Xbox showcase way back in May 2020. Game publisher Curve Digital has now announced that the game will be available on Xbox Series X/S, Xbox One, and PC in 2021.

Game developer Neon Giant has released a brand new short video to celebrate the launch news. It features the update on development and shows the different features coming to the game when it launches next year.

The Ascent will see players dive into ‘The Ascent Group’ arcology, a self-contained corporate-run metropolis, stretching high into the sky and filled with creatures from all over the galaxy. Taking on the role of an indentured worker, the world starts to go haywire when The Ascent Group shuts down for unknown reasons. Life becomes a case of survival, with rival corporations and crime syndicates looking to fill the empty space. Players will have to take up arms and hold them off. The Ascent begins here.

“Xbox Game Pass is an amazing proposition for us as a small indie developer with a team of only 11 people, because it allows more players around the world to experience our game. To celebrate this exciting news, we wanted to cement the game’s place in 2021’s next-gen line-up by casting light on what players can expect to experience at launch,” says Tor Frick, Art Director and co-founder of Neon Giant.

The Ascent will offer players the chance to step into an action-orientated sci-fi RPG powered by Unreal Engine that takes the genre to new levels, available to play in both single-player and up to four-player co-op.

The Ascent will feature:

The Ascent will launch on Xbox Series X|S, Xbox One consoles and PC in 2021.