High-definition visuals with the help of the Unreal Engine 5. 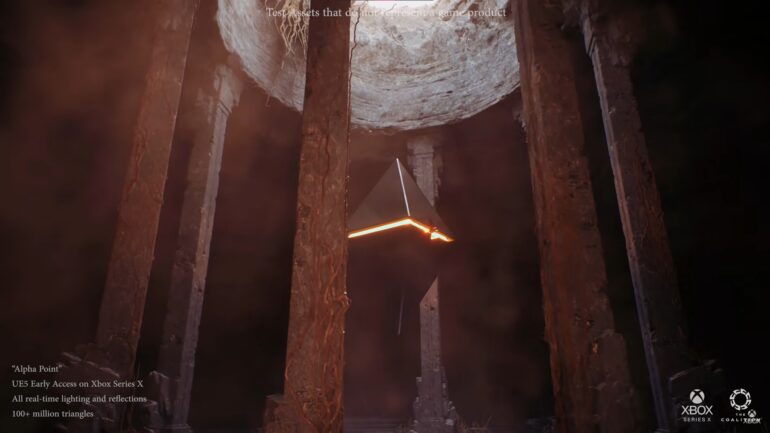 The game developer of Gears of War, The Coalition, has recently shared two new demo videos that showcases the power of the Unreal Engine 5 featuring new-gen visuals.

The first demo video features a world setting rendered and totally created in Unreal Engine 5. It is called the “Alpha Point” and it definitely gives an impressive look on what the game engine could achieve in the right hands. The developer does clarify that the test assets do not represent a game product. It also has other details like it has all real-time lighting and reflections and it uses 100+ million triangles for this video.

The second demo video is a character rendering test on the Unreal Engine 5. It features a male character that looks almost realistic with facial features and his suit in sharp details. The beard, hair, and even the eyebrows look quite realistic and even the pores can be seen. The video also details that the triangles used with the body is 160K, face is 31K, and the Groom is 3.5m.

The Coalition is possibly working on a new project and might be using the Unreal Engine 5. No confirmation yet of this new project, but these demo videos might have just given us a hint.

Here are the two demo videos: