Learn more about the characters, gameplay, and more! 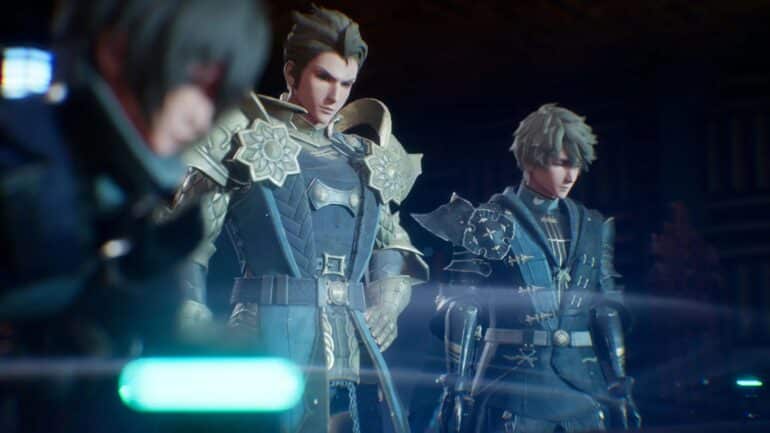 Square Enix has now published the official website of upcoming video game The DioField Chronicle and it features a lot of information to munch on.

The DioField Chronicle: What is its Story?

According to the website that just got established recently, the story revolves around the band of elite mercenaries called the Blue Fox that has become famous in the game’s world. In the next chapters though, it seems they became embroiled in a war and it could either signify hope or tragedy.

Who are the Characters in the Game?

There are several characters that got introduced in the official website. This include the protagonist Andrias Rhondarson, Fredret Lester, and many more. Check out the details below:

One of the four heads of the Blue Foxes. He is a calm, cool, and resourceful leader.

As a child he caught the eye of a nobleman who recognised something special in him, and after being trained as a soldier he became the chamberlain and bodyguard of the fourth in line to the throne, Prince Levantia Shaytham.

He has studied strategy and tactics, and is well-versed in the Ancient Sorcery that has been passed down on Diofield through the generations. He has numerous talented agents in his employ, and is skilled in the art of subterfuge.

One of the four heads of the Blue Foxes.

He and Andrias have known each other since childhood and share a strong bond of brotherhood borne from the life-threatening situations they’ve faced together.  He is kind-hearted and naive, perhaps due to his upbringing in a beautiful natural environment. People admire him for his directness and honesty, but he has a tendency to become obsessed with whatever he is passionate about.

Possessing superb physical attributes, he could easily serve as an infantryman, but opts to leverage his fine riding skills and freely gallop across the battlefield on horseback.

One of the four heads of the Blue Foxes. The son of a minor noble, he followed the Colchester tradition of joining the local order of knights.

When a tragic incident arose, he left and became a knight-errant, travelling alone across the kingdom. While often aloof, he will never ignore those in need and because of this is respected by his subordinates.

He is a prodigiously talented archer, which served him well while working as a mercenary.

One of the four heads of the Blue Foxes and a noblewoman of the esteemed House Redditch.

Born the daughter of one of Suffield’s most prominent noblemen, she has been spoiled her entire life. Accordingly, she can be selfish and arrogant, but her grace, intelligence, and natural beauty are undeniable.

She became interested in magic at an early age, and after immersing herself in wide-ranging studies of Ancient Sorcery, she developed into a peerless magicker.

A Blue Fox and the only daughter of Zoruaq Wigan, a famous mercenary of legendary skill.

She inherited her father’s fighting prowess and is known for her swift and dextrous swordsmanship. Preferring to avoid bloodshed when possible, she nonetheless proactively seeks out opponents. Sensible and kind-hearted, she is often compelled to turn a blind eye to the horrors unfolding around her on the battlefield.

An administrator for the Blue Fox mercenary company, who also acts as their intermediary with the government.

A woman belonging to House Luckshaw, a mid-rank noble house. Hailed for her abilities ever since youth, her keen intellect made her all the more rankled by the unequal treatment those of her gender faced. She ran away from home at the age of 16 when her father tried to force her to marry, and aiming to make her way in society, entered an academy funded by Duke Hende.

After graduating she became a high-ranking official within the government, and eventually became so well-known that her father was forced into a reconciliation to save face. Soon after, Duke Hende asked for her help in forming a new mercenary group. She gladly accepted, feeling indebted to Duke Hende who had recognised her talent from the beginning.

When the war for the throne became more bloody, King Regalt arranged for the royal family to escape Middenfield and live in seclusion. However, second prince Victor and his close ally Lord Kimble kidnapped the family and imprisoned them in Beasel Tower deep in the mountains.  She gives up on the idea of ever being rescued, and resigns to her fate of being kept in her birdcage.

The head of House Hende, a noble house that has gained considerable power in a short amount of time.

William had gone to the continent to study in his youth, and used the knowledge he gained there to help his family gain fame and fortune upon his return. He made an enormous profit by trading Jade to other nations, and used the money to expand his territory. He also embarked upon his own business by incorporating technologies from the continent, which allowed him to become one of the wealthiest people in the kingdom.

When he was selected to be a councillor on the Lords Council, he set up his own order of knights, and has been building up his own military ever since.

How Does Gameplay Work?

The DioField Chronicle has offers a deep and immersive story with modern visuals. Its gameplay is based on Real Time Tactical Battle, a new strategic real time battle system. The battle environments are realistic dioramas where players command forces like a general. Also, the battles are defined by real-time assessment of battlefield conditions and issuing orders that could take advantage of the strengths of the troops and its weaknesses. Use skills, classes and equipment to overcome the challenges of a mission.

When will the Game Launch? Which Platforms is It Available On?

The DioField Chronicle launches later this year. It will be released on PS4, PS5, Xbox One, Xbox Series X/S, PC via Steam, and Nintendo Switch.