The list of top tier characters players will need in The Diofield Chronicle. 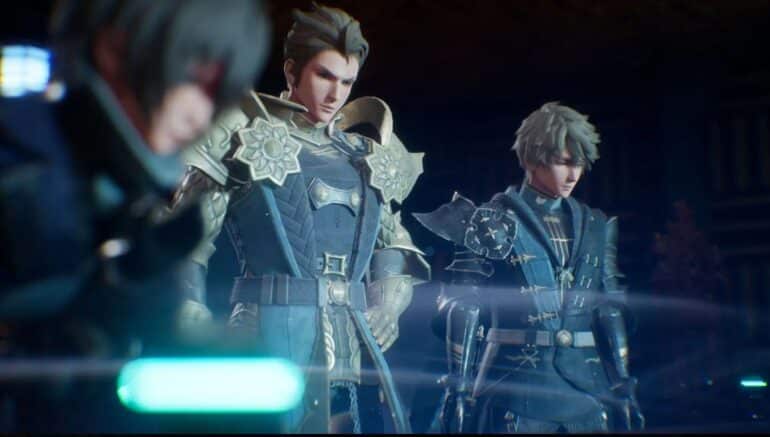 The Diofield Chronicle is a tactical role-playing game that seeks to put its players through a true proving ground for their skills. Because you have extremely few resources to work with and there is no EXP share feature, you are compelled to send only your finest squads on each mission.

As the main protagonist of the story, Andrias is given a set of skills that prove useful in the game. His Assassination skills work well against single targets, especially in boss battles plus his agility stats make him fearsome. His AOE skill, Leaping Attack, makes a good crowd control attack, and his Shadow Step can deal a huge amount of Ambush damage.

The best healer in the game is needed to be recruited for dangerous missions. Shivat fits that profile as he is prolific in balancing his healing magic and offensive magic. Among the magician class characters in Diofield, he has the highest EP stats and buffs his party members to last longer in battle.

Sharpshooters are really important characters in Diofield Chronicles and one of them is Tremina. She utilizes a crossbow which is highly effective and her skill sets work wonderfully against hordes of enemies. Overall, she is the best-ranged fighter to use. Her skills like Chain Shot and Headshot exploit the overall weakness of the enemies and deal a great amount of damage with an increased rate of critical hits as well.

One of the best tank units in Diofield Chronicles is Donovar. Despite his low HP stats, his HP regeneration rate is high especially when he uses Axe of Grace and Boomerang Axe. His offensive stats are at their best when he attacks and regains HP constantly. Pair him up with healing buffs or a healer class, he will be an immovable force.

Early in the game, Waltaquin will join you as a healer. But don’t mistake her noble presence as a minority. She is quick to use healing skills and makes full use of her AOE attacks like Meteor Showers to deal damage and apply burn on surrounding enemies.

As one of the cavaliers in the game, Fredret possesses an insane amount of offensive stats that can push back enemies. Mounted Charge does wonders to push enemies back and gather them at a fixed point while Full Frontal Assault is a skill that you can get behind with Fredret as he can instantly kill opposing enemies from the back.

Though Rickenback is an archer class unit, she possesses a tremendous amount of luck with is good since when defeating enemies in Diofield Chronicles, they drop HP orbs, EP orbs, and even Summon orbs. She even possesses a good status effect prevention in which ailments such as poison and stun are less effective against her.

Among the characters in Diofield Chronicles, Iscarion is the best to use as an archer for he can summon legions of archers to shoot rapid arrow attacks in a straight line. During battles, he is the best to use against enemies that will begin charging their attacks using his Stun Shot. His Critical hits and overall Ambush attacks are really useful against far-off enemies in a distance.

Like Waltaquin and Shivat, Estalt is a mage that can be used in the game. Though he is very skillful in his healing and offensive stats, he isn’t as strong as the other two. His skill, Frostbind, is one of the best skills to use to slow down enemies, especially during escort missions.

Izelair is the slowest among the characters and her skills are kinda basic. She does have some passive skills that reduce damage, theoretically making her an effective tank, but your offensive capabilities would be greatly shot. It is recommended that she should have some buffs in her armor and accessories to increase her defensive stats to the fullest.

Diofield Chronicles is out now for the PC, Nintendo Switch, PlayStation 5, PlayStation 4, Xbox One, Xbox Series X, and Series S. For more info about the game, players can visit their website.

Also check out this video by Sofa Supastar Gaming showcasing how Andrias is the top tier best character in The Diofield Chronicle: