A complete guide on how to get all collectibles, trophies, and optional conversations in The Last of Us: Left Behind Remake. 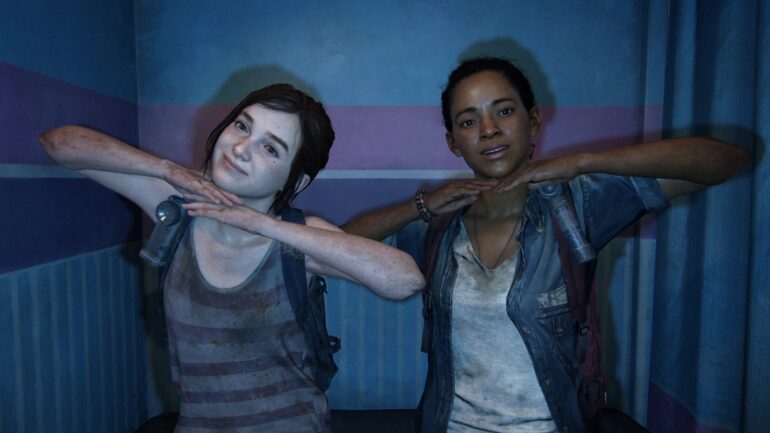 The Last of Us: Left Behind Remake allows players to explore Ellie’s life before she met Joel, which also serves to bridge a plot hole created when Ellie leaves the main story to get medical supplies.

You can play this mode once the main story is completed, and it features its own set of collectibles and optional conversations. Most of them will fall into your lap as you progress through the story, but a few others may require some exploring.

Keep in mind that there have been some minor tweaks made to the original placements of the collectibles. You can get them all in a single playthrough, and if you miss some along the way, you can always go back through Chapter Select and get them later. As such, here’s a rundown on where you can find all the collectibles and optional conversations in The Last of Us Part 1 Remake: Left Behind.

The Last of Us Left Behind Remake will have 6 chapters in total: Back in a Flash, Mallrats, So Close, Fun and Games, The Enemy of My Enemy, and Escape from Liberty Gardens. However, you won’t find any collectibles in the last chapter.

Back in a Flash (Chapter 1)

This chapter contains 4 Artifacts. Here’s how to get them in sequence:

Go up the second floor and head into Weston’s Pharmacy, it’s pretty easy to spot since the path is pretty straightforward.

Once inside, collect the Combination Note behind the counter.

Proceed outside the lobby and enter the American Princess Store, next to the pharmacy.

Inside, you’ll find a corpse if you go to the back. Interact with it to obtain the Pharmacy Key.

This one can be found on the corpse where you obtained the Pharmacy Key.

The corpse will drop the Pharmacist’s Note from its pocket after collecting the key.

Somewhat further along, you’ll need to crawl across some wreckage in a structure until you reach Rarity Nail Salon.

Grab the Salon Note next to a corpse right around the corner before the chapter ends.

This chapter contains 2 Artifacts, 12 Optional Conversations, and 1 Trophy. Here’s how to get them in sequence:

Head upstairs together with Riley and crawl through a half barricaded doorway.

Once inside the room, grab the Wanted Poster artifact on a table.

Continue following Riley until you climb on some obstacle and into another room. You’ll eventually turn left and head inside a bedroom with a large Firefly Logo on the wall, approach it to interact with it.

Once you’ve dropped down into a mall, head down the first escalator you see, and U-turn to your right once you reach the bottom. Proceed towards the large poster further ahead and interact with it.

As you walk back past the escalator, you’ll see a poster for Typhoon Blitz propped up next to a huge plant.

Now head down the next escalator. Once you reach the bottom, you’ll see a prompt to interact with Riley for the next Optional Conversation.

Take a peek inside the green tent off to your right, where there’s a stack of magazines.

Then, after accepting or declining the drink Riley offers, you’ll exit the tent and interact with the horse saddle sitting on a bench in front of you.

After donning the wolf mask, proceed to the back right corner of the Halloween store, where you will discover a jar with eyeballs.

Continue following Riley until she wears the Dracula Mask. You’ll see a prompt to interact with her afterwards.

Afterwards, proceed to the middle aisle, wear the green witch mask, and interact with Riley.

Head to the back of the aisle where you wore the witch mask and put on the Triple Phoenix bird mask, this will initiate a conversation afterwards.

Proceed to the other corner with a Skeleseer skull by the window. Constantly talk to it and cycling through the various dialogue options until Riley picks it up and starts a conversation.

As you leave the Halloween store, Riley will give a challenge to a brick-throwing contest. In order to win, you must smash all seven of the red car’s windows before Riley can do the same.

It’s easy; just pick up a few bricks from the floor and aim. You should circle around the vehicle and smash the nearest windows.

You’ll be going downstairs after the brick-throwing contest.

The Warning Note is on a desk in the room to the left.

This chapter contains 4 Artifacts. Here’s how to get them in sequence:

At the beginning of the chapter, check the area around the Glazed Dough Store.

The Atrium Note will be on the floor beside a hospital bed in the corner to your right.

You’ll eventually reach a flooded area as you follow the cables.

This artifact can be found on top of some boxes next to the generator.

After refueling the generator and entering the atrium through the previously locked gate, proceed up the escalator and turn left.

You’ll find the Atrium Recorder on the floor beside a mattress.

This artifact will automatically be added to your inventory in the next chapter.

Once you’ve grabbed the recorder, proceed to the path on your right, and jump onboard the helicopter to trigger a cutscene that’ll give you the artifact.

This chapter contains 2 Artifacts, 2 Optional Conversations, 1 Joke, and 3 Trophies. Here’s how to get them in sequence:

Proceed to the carousel and interact with the horse for the Optional Conversation.

Riley will then give you the No Pun Intended Volume Too artifact afterwards.

Right after you get off the carousel, Ellie will read the Pun book and start cracking jokes on Riley.

Follow Riley downstairs and head inside the Sharesnap Photo Booth for this Optional Conversation.

Going up the stairs from the photo booth, enter the Fast Burger kitchen on the left.

Check behind the rear counter and grab the Kitchen Note artifact.

Take the escalator up and into Raja’s Arcade. This trophy can be earned by interacting with the Jak X Racing machine to your left. Complete this before you start playing the arcade game.

You may find an arcade machine named “The Turning” in Raja’s Arcade. If you want to win the fight, you can’t afford to take any damage. Basically hit all the inputs correctly and you won’t take any damage; the match is just a series of quick-time events with a lot of room for error.

Riley will eventually challenge you to a best-of-three game of water blaster tag when you’ve finished in the arcade. One hit is all it takes to win a round. You should be able to hit Riley everytime she comes hunting for you if you keep your blaster loaded & stay covert.

The Enemy of My Enemy (Chapter 5)

This chapter contains 2 Artifacts and 1 Trophy. Here’s how to get them in sequence:

As the chapter starts, you’ll see an open door to your right that says no entry.

Head inside and grab the Crew Photo artifact next to a corpse.

Once you’ve dealt with the first hunters you encounter, continue along the path beside to the shop to your right.

Crawl through the vent and follow the bloodtrail, this will lead you to the Duct Recorder artifact next to a corpse.

Lastly, after passing through the vents, you’ll emerge above a group of runners and clickers while several hunters approach. The clickers and runners will turn on the hunters if you so much as throw a brick or bottle in their path.

Also check out this video by Gamer’s Little Playground featuring all cutscenes in The Last of Us: Left Behind Remake (PS5 4K Ultra HD):