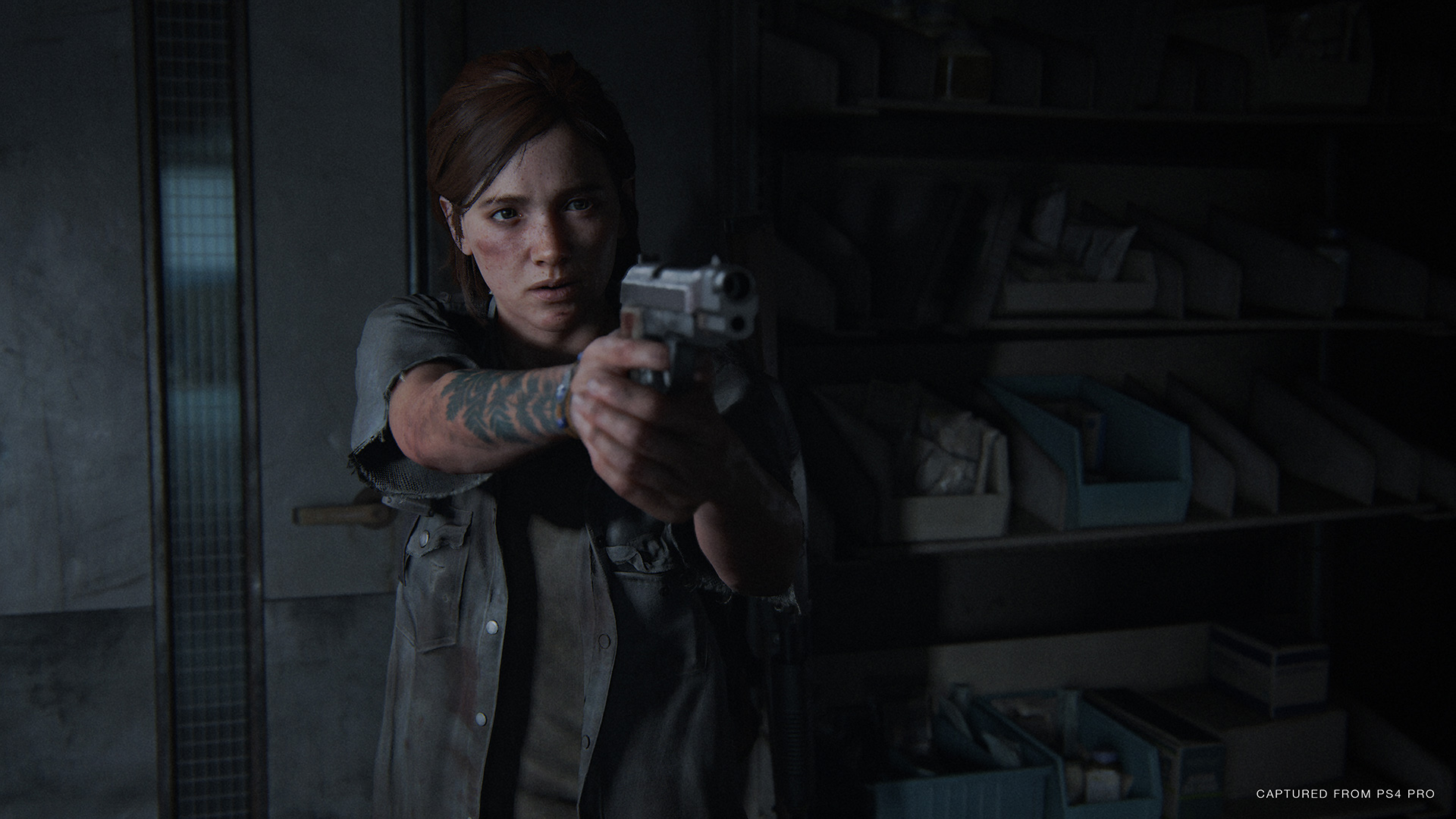 On low health, scarce ammunition, and surrounded by enemies. I was hiding under the tall grass, holding my breath as hunters who only communicated in whistles slowly and carefully search the area around for me.

It was an intense situation crafted by my negligence to look around for supplies earlier when I had the chance. If there was any chance for survival, I had to take the time to slowly move around the area undetected and pick off enemies one by one. The margin for error is so slim that a single mistake might mean a game over.

In The Last of Us Part II, every encounter is an intense fight for survival that feels cinematic. It plays like a controllable movie where you’re always biting your lip wondering what’s going to happen next.

Thanks to Sony Interactive Entertainment, we got the chance for an early copy of the game. And in compliance with the embargo, I can only talk about a small section of the game. And as such, this first impression will not contain any story-specific spoilers. There will be, however, a brief discussion on some gameplay elements.

If you’ve watched the gameplay from any of the trailers released, then you might be wondering if The Last of Us Part II really plays out like that. And I’m happy to say that gameplay from those trailers isn’t false advertising. Encounters do feel intense. As depending on your actions, you could either be hunting or hunted.

In order to get to my objective, I had to guide Ellie through infested areas brimming with the infected and hostile environments with human factions trying to hunt me down in this desolated city. Since I was on hard mode, resources were quite scarce and limited. Every bullet I fired was a bullet that might have saved my life earlier on. And there is this do-or-die moments where split-second decisions can be the difference between life or death.

One notable moment, was when I was being hunted in a park with overgrown vegetation. These people in dark raincoats hunted me down communicating with each other through nothing but whistles. Since I couldn’t decipher the chatter, I couldn’t understand what they were doing or planning to do.

I had a variety of options at my disposal to choose from. Going prone into the long grass allowed me to sneak around undetected and pick them off one-by-one if I wanted to. I could also craft explosives; lure them into an area with a mine I rigged. Ultimately, I choose hit-and-run tactics with my rifle. Take out the fighters stationed in a vantage point with my bow silently, before picking off everyone else off with my loud rifle. Every time I fired a shot, I had to immediately move and disappear into the tall grass. Anyone else in between who were isolated from their main group, I took care with a melee attack to save ammunition.

Enemies in this game are quite intelligent. They search areas with a partner if able and even take the time to look under cars to see if you’re hiding there. One such encounter had a woman pull me out of under from behind and pin me to the ground as I quickly tapped the square button to escape.

Enemies can even use hunting dogs which can make stealth much more difficult as they track your scent and lead enemies to you. Thankfully, leading them away by throwing objects such as bricks or bottles can be enough to distract them for a brief moment as with any enemy.

When fighting human enemies, there’s always this cat-and-mouse atmosphere where the role of hunter and hunted can easily be turned in a moments notice.

Ellie’s movements here are fluid and versatile. And you’re going to need to take advantage of everything she has to survive each encounter. She can slip through narrow tight spaces, even in the middle of combat. And she’s nimble enough that if enemies do spot her, she has a chance to make a break for it and turn to hiding again which isn’t too difficult to do. She can even prone and hide under tall grass.

Of course, relying on ammunition isn’t always a wise thing to do. Crafting items and weapons can give you an edge in a fight. Molotovs to burn groups, medkits to heal yourself when on low health, and even exploding arrows. There’s a level of decision making when choosing which item you want to go with for the next encounter.

One of the new things Ellie can do is dodge enemy melee attacks as well as immediately counter, which can apply to both human enemies and infected. By pressing L1, Ellie can dodge in the direction the thumbstick is facing. This is extremely crucial in close range fights, as enemies can block your attack and counter, which you have a split second to dodge the attack.

By collecting parts through your journey, you can upgrade and improve your guns on a workbench if Ellie can find one. The encounter earlier where I picked enemies one by one with hit-and-run tactics I mentioned earlier? That wouldn’t have been possible if I didn’t invest in a scope for my rifle.

Of course, dealing with humans is only one part of Ellie’s problems. She also has to worry about the infected.

In my experience dealing with the infected was different from human enemies. If they spot you, you can’t seem to hide again without them knowing where you are. Or at least, that was the case when I tried it. Some enemies, like the Clicker, have one-hit kill attacks so giving some distance is always ideal. Using the environment to your advantage can be the key to picking off the infected.

While you can go mano a mano with the infected, you do risk getting surrounded. So pick your fights wisely. And this time around, you do carry the advantage of no longer needing a shiv to stealth kill infected enemies.

The Last of Us Part II is gorgeous. The way the characters in-game move is fluid and dynamic. It certainly helps with the game’s immersion. Even from just this section alone, Naughty Dog nails the atmosphere. From the overgrown greenery to damaged buildings, my journey towards the hospital has shown me amazing visuals that really set up the mood.

Editor’s Note: The game runs surprisingly smooth on a standard PS4; even so more beautiful and flawless on a PS4 Pro with a 4K television with HDR turned on. Much like Guerilla Games’ Horizon: Zero Dawn, whether you own a non-Pro or a Pro, the experience wouldn’t differ.