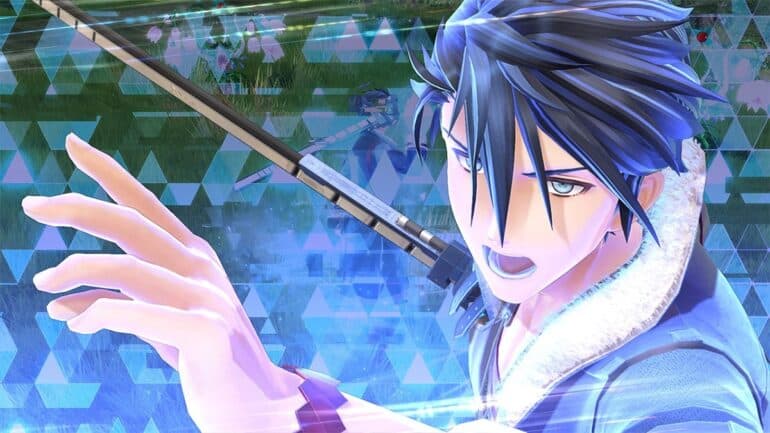 Kuro no Kiseki is the current storyline of the Kiseki series of Falcom. It first launched last year in 2021 covering the country of Calvard and has created a series of unexpected waves of high praise in terms of gameplay and storyline content. Last year, Nihon Falcom announced their next sequel to the game entitled The Legend of Heroes Kuro No Kiseki II Crimson Sin. And now, a new trailer, new gameplay reveals, and image scans were recently revealed today.

In the gameplay video provided by DENGEKI, we see the returning main character of Kuro no Kiseki, Van Arkride teaming up with returning characters, Elaine Auclair and Agnes Claudel. All of them show off their new moves, artes, S-Crafts, and a new system that will be introduced to the game known as EX-Ceed Chain.

New image scans show new detailed looks of the character designs of Van, Agnes, and Elaine. Not only that, we get to see some spoilers such as a red Grendel version, returning characters such as Rene Bright from Trails of Sky and Swin Abel from Hajimari no Kiseki as well as Celis Ortesia from the Holy Church, and new characters that will be added to the story. New mini-games have been added as well such as fishing and more scavenger missions will be added to the game to make it more challenging not only to the gamers but to the fans as well.

One year has passed since the events that occurred in Kuro no Kiseki. Peace has been restored to the land of Calvard after the threat of the mafia organization, Almata. One day, a murder was found in the capital city of Edith where the victim belongs to the CID (Central Intelligence Division).

The Calvard Police Force and the Bracer Guild are sent on a mission to corner and apprehend the suspect behind the incident and prevent the underground world of Calvard from wreaking chaos and beginning rioting once more. Meanwhile, Van Arkride goes on a long journey of self-discovery to find out more about his past and find out what truly lies beyond a case given to him by a mysterious client.

Who is this new enemy that threatens the peace of Calvard? Who was the murderer? What is his purpose? And what is the legacy left behind for Van by his great grandfather known as the Eight Genesis?

Kuro No Kiseki II Crimson Sin is set to be released this Fall 2022 for the Playstation 4 and Playstation 5.

More info and news about the game will be released soon according to the developers and also, fans can visit their main website at (https://www.falcom.co.jp/kuro2/)