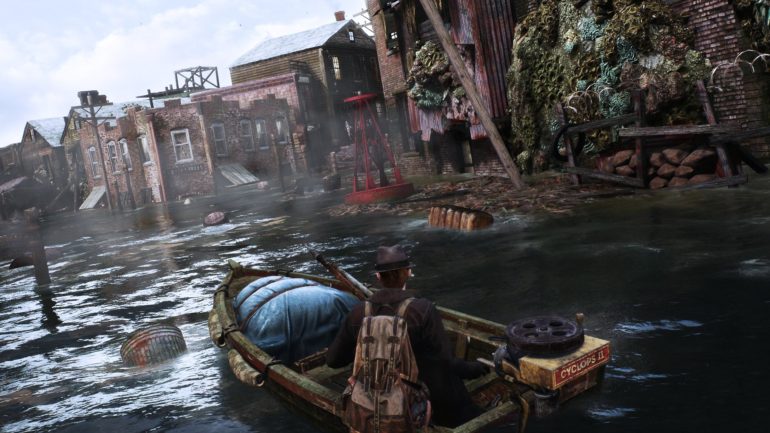 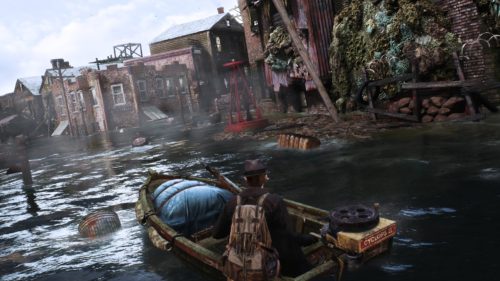 Releasing a partial review days ago, I was very optimistic that diving further into the storyline will change my perception of the game. I have answers that protagonist, Charles Reed, may also wonder himself and honestly, after finishing the game it just wasn’t quite right.

Fans of the Lovecraftian world will be very much delighted that this video game stayed true to the nightmare that this writer wanted to project. Depictions of disturbing monsters are really on point and those shrieks that they make are quite out of this world and long exposure to them distorts your perception as sanity lowers. Thus, making them a more difficult enemy as your reality disturbed and aiming makes it really challenging. Those wylebeasts are the most vulnerable but they can regenerate others, making them a nuisance if not taken down immediately.

There are only a few types of monsters that you will encounter and limber ones really like to move around and avoid your gunshots. Weak spots are present just like any other monster games out there and it’s easier said than done when you try and target those. Try as you might but there is no easier way to save those bullets since combat skills are really clunky!

Combat systems are a major chore which really takes off a ton of excitement points. You just really want to clean this city with all of these fiends but you simply can’t! Melee swings are cumbersome because accurately aiming is too impossible and often times hits the empty space between you and the monster due to distance perception.

Basically, melee combat should be Plan B when ammo runs out but actually that is going to be the death of Charles. A variety of range weapons will be present as the story progress but the same problem for all of them. When you shoot a monster, you cannot really see how damaging it is unless they lay flat on the ground and sanity levels remain unaltered. That simply means they are dead for good. Charles cannot even evade projectiles nor evade incoming attacks and that majorly sucks. You are helplessly looking at your vitality dwindling into nothingness. There is also absolutely no option for the protagonist to buy armor and he is very fragile.

The skill tree will help you increase his health but that’s it! You can increase melee and gun damage but then again, no value presentation on how much damage you are doing. Although climbing barricades or stacked boxes might be your lifesaver but can be futile as the Climb Button really pisses me off most of the time. It is really inconsistent, especially underwater, when you try to escape from that man-eating eel. Not only enemies are trying to get you but controller controls will definitely get you killed along the way.

Doing investigative work is such a rewarding experience in itself. This type of gameplay really reminds me of L.A. Noire minus the anxiety that a monster will jump on me anytime soon. Really the part where you get to follow clues that you have uncovered and interviewing witnesses and suspects are really motivating. The game doesn’t really tell you where you go, you are only left with addresses to investigate and deductions that may offer another path of the case. As a newcomer to the city of Oakmont, the locals won’t be too happy in helping you out.

Characters roaming around the map are not interactive which I would have wanted otherwise and; killing one depletes your sanity to zero – you don’t want that either. Coppers or locals roaming the area will shoot you when you get trigger happy so be careful if you don’t want to be another corpse laying on the street. I must say though that roaming the streets feels so empty even if it is showcased as an open world game. Most of the buildings are there are nothing more than aesthetics and you can only navigate inside if they have a hobo sign. These hobo signs can only be seen in houses that are related to the case. Thus limited building exploration.

On a positive note,  searching the Archives are my favorite part of this crime-solving process. If a book icon appears in one of your items in your casebook, that means you have to do a little bit of digging in one of the city’s archives. How it works is you have to piece three keywords together based on the notes you have. If you get a hit then that is your next clue and may prove vital in solving the case at hand.

On my review in progress, I have pointed out that customized outfits aren’t carried over to the games’ cinematics. Unfortunately, there are still bugs adding up. After the patch that was released, map navigation is now as stiff as ever. I know it sounds trivial but there will be a lot of map navigation in solving these cases and you don’t really have a minimap to make it easier for you. You will find yourself always opening the map interface. As if locating these houses or buildings is easy enough already.

Another observation is upon entering buildings you will have the opportunity to search the premises for possible clues and it is quite silly when monsters can’t follow you just because you closed the door. Nevertheless, this doesn’t stop their limbs from going through the door. This also happens in human enemies by the way and you might see their gun poking through the door. This incident makes them vulnerable, meaning you can hurt them even if only a partial body part is exposed. Advantageous for you.

Charles Reed is as enigmatic as the game presents and I appreciate it how his voice really fits his character. The way the camera just focuses on these characters talking is quite amusing in itself. The more you progress on the storyline, the more bloodshot his eyes get. I mean who would want to sleep if you have all those cryptic dreams and hallucinations. Conversing with characters is also an interesting feat. These characters have a strong voice quality and you can really sense and feel the different point of view these characters portray.

The background music during monster appearances pumps you with more anxiety and makes you look behind your shoulders every now and then. Nice touch on that. But still, roaming around the city – you may hear that common thunk as you step on mud or something squishy like a dead octopus. But where are the noises from the crying woman on the side of the road?  Or those guys who are fighting over some garbage. Those sounds you hear naturally when you are surrounded by busy city buildings? I know the city has been flooded but people like to rebuild after a disaster, not glue their mouths shut. This is not really how reality works.

The tragedy where this video game failed is their storyline. Meeting the Grand Families; the Carpenters, Throgmortons and one remaining Blackwood. I really thought I could get that character connection and anxiety in losing them due to the madness. But the relationship felt so empty. Sure you can be empathetic to some characters who are innocents especially the Innsmouthers, who are gifted by the sea. But then again, after spending some time with them. They are just another case that you need to solve, no better than the next one. Killing these characters don’t really need a lot to think over. Choices of what actions are leading to the same consequences. I really thought remarkable changes take precedence but nothing.

The Sinking City always entails a cycle and maybe that just really how it is but still, its disappointment is the major mood when I got to that last part. What is the point of having choices then? Overall, this game has potential and my advice would be to wait until a few patches get released and maybe by then this game gets the remedy it needs. 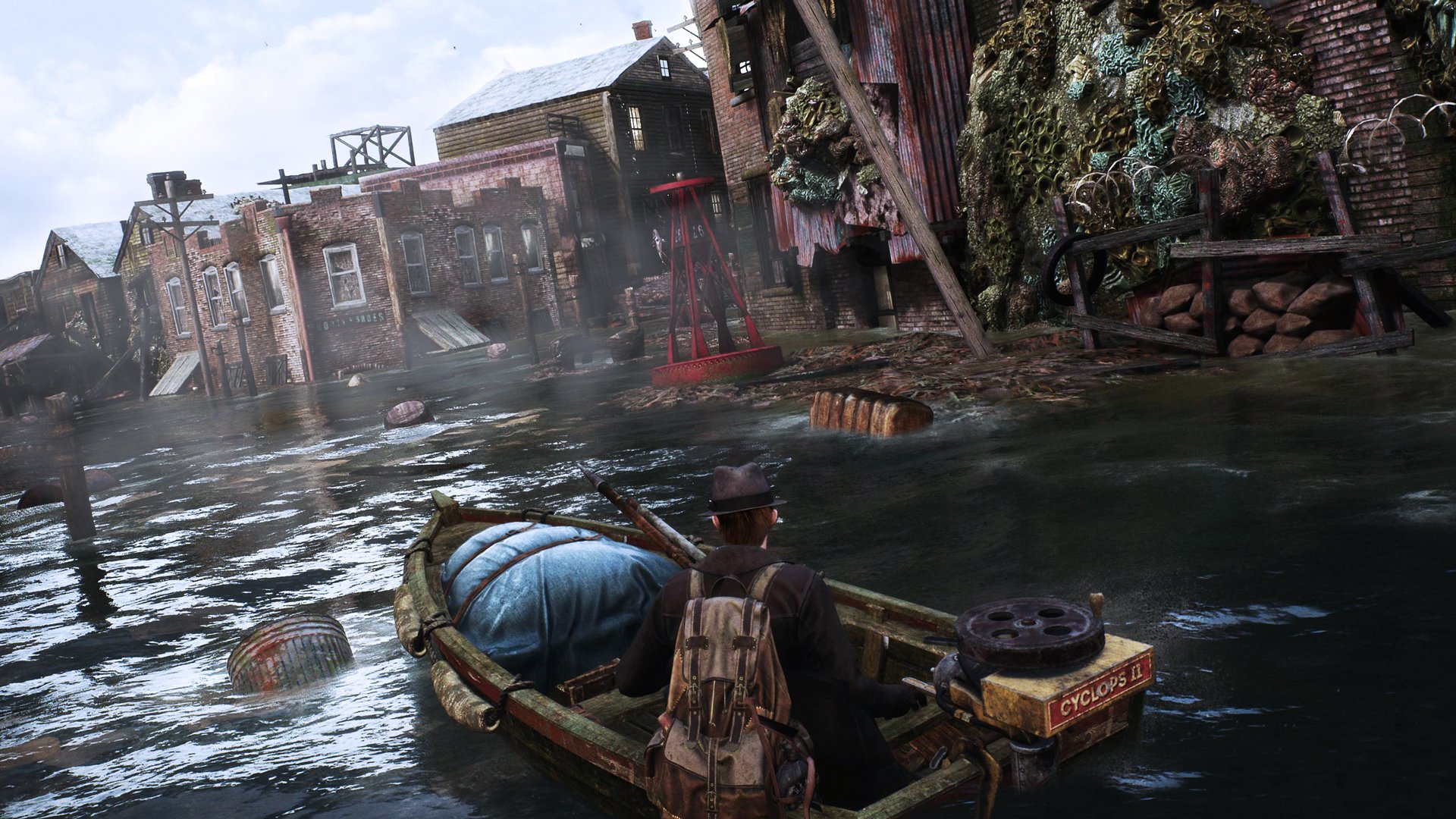 The Sinking City – Review
Score Definition
You better have to choose if it’s worth spending your spare cash, because it might not be the game for you and it might be for others.
Pros
Character voice actors
The Archive search
Distorted perception when sanity lowers
Superb monster details
Cons
Empty open-world feel
Clunky combat system
Cinematic wardrobe bug
Bland story line
Lacks character connection
6
Justified