Romance is the best spice... 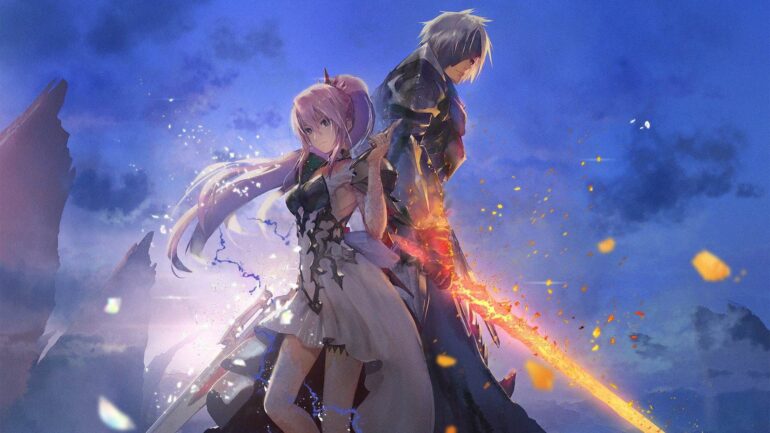 Romance has been a key factor in many narratives. Gaming certainly isn’t absent of it, especially during Valentine’s Day. I’ve been in the romantic mood lately, so I thought to compile some of the best romantic stories I’ve encountered in gaming.

Whether it be the cheesy knight-in-shining armor or a mature modern between lovers, romance has always been one of the most addictive spices in entertainment. And as such, they’re very entertaining to see when incorporated into the narrative smoothly.

If you’ve been looking for love, then you’ve come to the right place! Here are 10 of the best romantic stories you’ll find in video games!

Top 10 of the Best Romantic Stories in Video Games

There is no shortage of romance in the Final Fantasy franchise. But the eight installment stands out in particular due to its couple actually being the game’s logo. If that doesn’t spell out which direction the game’s narrative is heading, then nothing does.

The love story between Squall and Rinoa is an uplifting one centering around loyalty and eventual maturity. It can be a bit difficult to approach Squall’s initial edgy character but once he matures enough with the help of Rinoa his icy exterior melts and he becomes a much more likable protagonist.

If there was ever a clear example of “opposites attract” then it’s Squall and Rinoa with the former’s aloof and professional nature and the latter’s optimistic and cheery disposition.

Squall and Rinoa’s love story begin when the former is hired to protect the latter in an international mission to help liberate a city from hostile military rule. This romance will literally take players to the stars and beyond time as the two deal with the complexities that their relationship will have an impact on the world.

Catherine Full Body is a puzzle game that features a mature love drama. Vincent is middle-aged man who can’t seem to decide on settling down with his fiancé, Katherine. One night, he is visited by an alluring woman in white who is also named Catherine who tempts him into having an affair.

Catherine is an interesting game about responsibility and freedom. Beneath its ridiculous and wacky exterior is a love triangle that will grip your attention from start to finish. Both of the main love interests are valid choices each with their own endings.

Its rerelease, Full Body, even adds an additional love interest, also named Qatherine, with new endings for the existing two. While the plot of Catherine isn’t always serious and can be difficult to take seriously, there is no doubt that Catherine is as entertaining as it is romantic. You’re in for a roller coaster of a ride.

Don’t let it be said that the action hack-and-slash franchise of Devil May Cry doesn’t know how to tell a good love story when it wants to. Devil May Cry 4 introduces us to Nero, a brash young man with an attitude and a powerful demonic arm. His love interest, Kyrie, has a bad habit of being kidnapped throughout the game’s story and it’s up to him to get her back safely.

Nero’s determination to see to Kyrie’s safety is quite romantic, even if she does rarely make an appearance. I’m quite impressed with Johnny Yong Bosch’s performance as Nero in how he really sells the man’s frustration each time he gets further away from Kyrie.

Devil May Cry 4’s main driving force is the love story between Nero and Kyrie despite how distant they often are in the story.

The Witcher 3: The Wild Hunt

The Witcher 3 gives you two fully fleshed out romantic options between Triss and Yennefer. Although you have the opportunity to take part in cheap one-night stands with numerous other women without consequence, these two of Geralt’s main love options have their own deep romantic tales to explore.

As Geralt, you’ll have your pick of which romance you’d rather have or if any at all. Both of their substories can be done platonically if you so wish. Just whatever you do, do not romance both of them at the same time.

Both Triss and Yennefer can leave a significant impact on the ending to the White Wolf’s story.

The Legend of Heroes: Trails in the Sky

Joshua and Estelle’s relationship is a bit of a slow burn but they do eventually develop into a couple throughout their adventures in the game. Part of the charm of Trails in the Sky is watching the duo slowly realize their already existing feelings for each other.

A high school is a rich setting for romance to bloom. You’ve got your teenagers filled to the brim with hormones who are all forced to share a classroom together. This is a ripe setting for love stories to be made in which you can be assured Persona 4 takes full advantage of.

Each of the game’s 8 different romanceable girls have their own depth and substory you can explore. Tightening your bond with them also gives you net benefits which improve your gameplay as a whole.

The pilgrim with a mission, Yuna, and the fish out of water, Tidus, make for an odd couple. One is a priestess tasked to journey the world to stop an eldritch living abomination and the other is a former sports star ripped out of his comfort zone who joins her in her journey.

The love story between the two certainly isn’t one-sided as both characters eventually develop to support each other throughout their hardships. Final Fantasy X has us watching these two grow close together as they discover the revelations about Yuna’s pilgrimage that may be difficult to swallow.

What makes Final Fantasy X so romantic is Tidus’ determination to see to it that Yuna never sacrifices herself to save the world from Sin, which she eventually has to at the end of her pilgrimage.

Tales of Arise tells a tale of a woman who can’t do anything but give pain and a man who can’t feel any. Both Alphen and Shionne are already compatible from the get-go. With the former being from a slave race and the latter a scion of nobility, we have some forbidden love thrown into the mix as well.

The interaction between Alphen and Shionne can be heated at times, with the two prone into heated arguments. But how they grow closer to each other and overcome their differences is one of the biggest highlights of Tales of Arise.

Theirs isn’t the only love story in the game but it is certainly the most poignant and memorable.

For our full review of Tales of Arise, click here.

Persona 5 has given you ample choices of love interests but the narrative has always kept its arms length as to give you the freedom to choose without being influenced. Royal introduces a new girl that the game pretty much encourages you to romance. If that wasn’t obvious from Persona 5 Royal’s numerous promotional material featuring Joker and Kasumi in a romantic position, then the non optional encounters with Kasumi was pretty much designed to have you falling for her.

Joker, the “delinquent” protagonist of Persona 5, and Kasumi Yoshizawa, the honor student who may not be who she says she is make for one of the cutest couples in gaming. Exploring Kasumi’s substory leads to one of the most interesting and deeply romantic aspects of Persona 5 Royal.

For our full review of Persona 5 Royal, click here.

Final Fantasy IX is one of the best entries into the franchise. And this can be attributed to Zidane and Garnet’s love tale about a charismatic thief and a rebellious princess. What was originally meant as a plot to capture the princess for ransom turned into a plot to save the world, passion eventually develops between Zidane and Garnet.

Marrying above one’s station isn’t a new desire in romance tales, and as Zidane goes to hell and back to earn Garnet’s affections, you better believe that the two deserve the happy ending they get.